By: Amr Mohamed Kandil
CAIRO – 20 November 2018: The fourth edition of the "Egypt Can" meetings will be held in December in the Red Sea Governorate, with the participation of 25 experts in the fields of general, technical and university education.

This edition focuses on education as part of Egypt's 2030 strategy to achieve sustainable development by benefiting from the experiences of the Egyptian migrants, which coincides with President Abdel Fatah al-Sisi's announcement of 2019 as the education year.

Ambassador Nabila Makram, Egyptian minister of immigration, said that the fourth edition of the "Egypt Can" series of conferences will be devoted to education, pointing out that the conference aims to benefit from experts abroad.

In an interview with al-Hayah al-Youm, Makram said on Sunday evening that 25 professors and education experts will attend the conference.

She explained that the "Egypt Can" series of conferences also aims to link Egyptians abroad to the Egyptian state.

The third edition of the National Conference was held in February in Upper Egypt's Luxor Governorate, with the participation of 23 experts from Egyptian expats who have achieved great successes in the fields of agriculture and water resource management.

Egyptian scientists abroad were invited to simplify and reach solutions for the water shortage crisis the country faces, said Makram.

The conference came out with several recommendations, most notably:

2- Assigning the state media and educational institutions to inform citizens of the strategy of sustainable development and to disseminate water awareness.

3 - Localizing technology and industries necessary to implement the state's investment plans in the water sector.

5. Expanding the development of the use of non-conventional water resources such as dew water, seawater desalination, collecting rainwater, and treating wastewater.

The two-day event was organized by the Ministry of Immigration in cooperation with the National Council for Women (NCW). It came in conjunction with Sisi’s announcement of 2017 as the year of Egyptian women.

The second version came with the participation of 31 Egyptian women who have achieved great accomplishments abroad.

The most notable recommendations of the second edition were:

1 - The establishment of an association for Egyptian engineers to attract girls to work in the fields of engineering, science and mathematics.

2 - Preparing databases for experts and specialists in various fields to benefit from their expertise in achieving sustainable development.

3 - Inviting the second and third generations of Egyptians abroad to a special session to acquaint them with the efforts exerted in Egypt to develop their motherland.

4- Launching an initiative to enhance the role of media and culture in building and developing the country and establishing the values of loyalty, belonging and self-reliance.

In October, 2016, the NCW and the United Nations launched an earlier version of the “Taa Marbouta” campaign in a celebration held at the Cairo Opera House, with the aim of promoting Egyptian women’s social, political and economic rights. 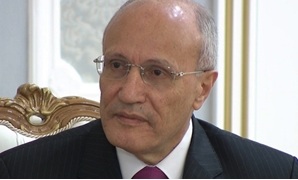 Aman certificates to be issued for expats: Immigration min.