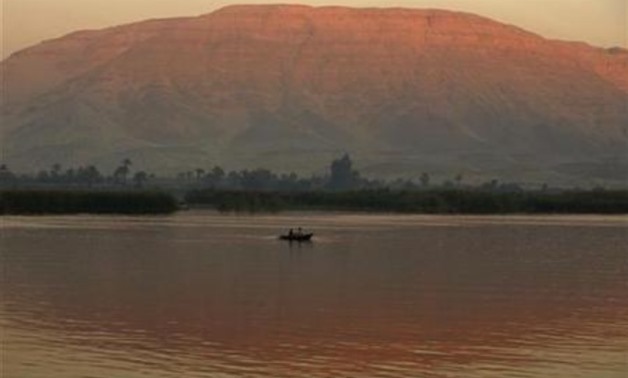 A boat is pictured on the Nile River in the southern Egyptian town of Nagaa Hamady in Qena, some 700 km (435 miles) south of Cairo, January 10, 2010. REUTERS/Asmaa Waguih

By: Egypt Today staff
CAIRO – 8 August 2018: Egypt spent LE 400 million during the last four years to help the Nile Basin countries, and it will double the amount in the upcoming four years, Minister of Water Resources and Irrigation, Mohamed Abdel Ati, said on Monday.

In an interview with “90 Minutes” TV program with Mohamed al-Baz, Abdel Ati remarked that that the ministry is drilling wells for the water-scarce countries like Uganda, Kenya and South Sudan to solve the problem of water shortage in these countries.

He revealed that the absence of continuous dialogue among the Nile Basin countries causes disputes on Nile water.

“In the last 20 years, several dams have been built on the Nile River in consensus with Egypt; hence, Why is the (Renaissance) Dam surrounded with many fears?” He pointed out that Egypt is the most productive and qualified country in reusing water.

He pointed out that Egypt’s water resources plan 2017 - 2037, which is intended to resolve Egypt’s water-related issues, costs LE 900 billion, and was set in cooperation with nine ministries, particularly that the population rates will reach 170 million citizens by 2050.

As for protecting the Egyptian coasts, the Ministry of Water Resources and Irrigation added that the ministry has taken the necessary steps to save buildings on the Mediterranean coast during the winter, which cost LE 50 billion.

He remarked that citizens were not affected during the last two years by the consequences of floods because of the changes that happened at the ministry’s management; early warning systems for rains and floods have been activated to know the date and place of floods three days before they take place.

He further explained that Egypt has benefited from 1.25 billion cubic meters of rainfall and flood in the last season, and more than 200 installations, including dredges rain harvest, were established in Upper Egypt and Sinai.

Despite the latest negotiations between Ethiopia, Egypt and Sudan to resolve the technical issues of the dam, Egypt is keen to look for new sources of water and to rationalize its usage to overcome any water scarcity problems in the future.
Agriculture in Egypt depends heavily on the Nile River, and it consumes 84 percent of Egypt’s water resources; therefore, the state is working on maintaining the country's water security through taking procedures that may help rationalize the use of water.

The government has taken procedures aiming to rationalize water consumption through preventing the cultivation of crops that need large amounts of water.
Minister of Irrigation and Water Resources Mohamed Abdel Ati decided to reduce the rice agriculture area in Egypt from 1,700,000 feddans to 724,200 feddans (1 feddan = 1.038 acres). According to the ministry, this decline will save 3 billion cubic meters of water. Simultaneously, the ministry is working on launching campaigns to raise farmers’ awareness and rationalize water usage.