By: Egypt Today staff
CAIRO – 30 July 2018: President Abdel Fatah al-Sisi said that Egypt’s policy toward the region is unchangeable and that the state does not interfere in other countries’ regional affairs.

During the sixth edition of the youth conference held Sunday in Cairo University, Sisi said that Egypt does not accept the presence of armed militias and terrorist groups in other countries, including Syria, Libya, Iraq, and Yemen.

He added that restoring security and stability is the duty of the government, the army and the police only.

Sisi affirmed Egypt’s keenness to achieve stability in Syria and support the political solution to solve the Syrian crisis.

He added that Egypt tries to facilitate holding elections in Syria by cooperating with the "moderate opposition".

Egypt’s continuous efforts to support the Syrian cause led to a ceasefire agreement on July 16 between a number of armed opposition factions in the Syrian coast under Egyptian sponsorship, with Russian guarantee and the brokerage of Syria’s Al-Ghad (Tomorrow) opposition movement chairperson, Ahmed Jarba, according to several media reports.

The agreement stipulates participating in efforts to fight terrorism and working on reaching a political settlement to the Syrian crisis; it also stresses on the return of refugees and the displaced to their homes and the release of detainees. During the youth conference on Sunday, Sisi said that there are 500,000 Syrian refugees in Egypt.

The armed factions in the northern countryside of Homs, topped by Jaish al-Tawhid, signed an agreement in Cairo under Egyptian sponsorship, Russian guarantee and Jarba brokerage.

The agreement stipulates joining efforts of combating terrorism in Syria and establishing peace-keeping forces in the region.

The commanders of the factions participating in the meetings in Cairo thanked President Sisi for Egypt's efforts to find a solution to the Syrian crisis and alleviate the suffering of the Syrian people.

In a previous press conference held in Cairo last August, Jarba affirmed that choosing Egypt as a sponsor in the ceasefire agreements didn’t come out of nowhere, and he mentioned three reasons for the choice.
“First, Egypt has not been involved in any conflict with Syrian parties, which are main factors in the ceasefire agreements, and it has not backed any armed Syrian faction. Second, Egypt has good relations with Russia (co-sponsor of the ceasefire). Third, Egypt’s role is confined to mediation only,” he said.

Concerning Libya, Sisi affirmed during the conference Egypt's support to the Libyan National Army in its combat against armed groups and militias. He also stressed on the importance of the unity of the Libyan army and the need to hold elections in Libya as soon as possible.


Libyan cause
Libya, which is struggling to get through the critical political situation it has been experiencing since 2011, is not only trying to unify its army, but is also longing to revive its political functions by conducting presidential and legislative elections by mid-2018.

Egyptian President Sisi met on April 14 head of the Presidential Council of Libya Fayez al-Sarraj in the Saudi city of Dammam before the 29th Arab League Summit.

During the meeting, Sisi urged all the Libyan political factions to promote the national interest of their country and aid the United Nations (UN) envoy to Libya to restore peace to the troubled state, according to presidential spokesperson Bassam Radi.

The Libyan prime minister of Government of the National Accord “GNA” praised the Egyptian efforts to restore political stability in Libya and build its national institutions.

Libya’s Sarraj commended the Egyptian initiatives to unify the Libyan army, namely Egypt’s initiative that kicked off in July 2017 to unify the military institutions.

The initiative’s first meeting aimed at creating a framework for the initiative, while the second and third meetings were held in Cairo from Oct. 29 to Nov. 2, 2017, to follow up on the results of the first meeting.

In late May, four Libyan leaders agreed to hold elections on December 10 after a peace conference in Paris aimed at unifying the war-torn North African country.

The four men, who represent most but not all of Libya's rival factions, also agreed to "accept the results of elections, and ensure appropriate funds and strong security arrangements are in place".

Also present were Aguila Saleh Issa, the parliament speaker based in the eastern city of Tobruk, and Khalid al-Mishri, the newly-elected head of the High Council of State.

Representatives from 20 countries including Egypt, Kuwait, Qatar, Russia, Saudi Arabia, Turkey and the United Arab Emirates attended the talks, as well as representatives of Libya's neighbours Algeria and Tunisia.


"Gaza is not exclusive to Hamas. It has Palestinian people who want to live," Sisi said addressing the Israeli public opinion, reiterating that "there is a great opportunity to achieve peace."

Sisi stressed Egypt’s support to the establishment of a Palestinian state with East Jerusalem as its capital.

In a greeting cable sent to Sisi on July 23, Palestinian President Mahmoud Abbas voiced his appreciation for Egypt's support to the Palestinian people and its interest in their just cause in order to end the Israeli occupation and establish their own independent state.

The sixth edition of the National Youth Conference (NYC) kicked off on early Saturday at Cairo University, where Sisi met with young citizens to answer their questions, as part of his initiative “Ask the President”.

This is the first youth conference for Sisi in his second term in the office. The official page of President Sisi received Egyptian university students’ questions from July 14 to July 24, for the “Ask the President” initiative.

Over the last year and a half, Sisi held five national and international youth conferences under his auspices.

In October 2016, Egypt held the country's first National Youth Conference in Sharm El-Sheikh with the participation of 3,000 youth, the president, and a number of officials and experts.

In November 2017, Egypt held its first World Youth Forum in Sharm El-Sheikh under the theme “We Need to Talk”, which attracted over 3,000 participants from all over the world. 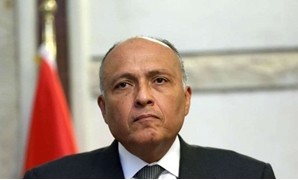 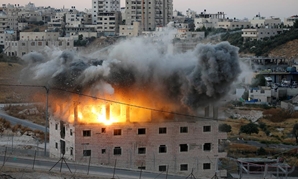