By: Lolwa Reda
CAIRO – 8 March 2018: The International Federation of Business and Professional Women is launching its two-day summit titled the "BPW Leaders Summit" on March 9, 2018. The summit is held on the margins of the Commission of Status of Women’s 62nd session in the United Nations, New York.

BPW, whose president is the Egyptian Amany Asfour, is set to discuss a number of key issues during its 2018 summit.


Hitting all of the core themes that governmental and non-governmental institutions need to focus on, the summit is set to take New York by storm.

As the biggest and most prestigious women-based organization pushing for equality and the inclusion of women, the BPW has a big role in setting the path for NGOs and governments. Its summit usually sets the theme for the United Nations meetings that follow.

This year, Asfour is set to launch her strategy for her triennium ending in 2020. Her theme for the triennium is empowering women to realize the Sustainable Development Goals (SDGs). The SDGs span from improved infrastructure to women’s empowerment, and are set out for the international community by the United Nations.

To do so, the BPW will focus on empowering women financially, without which women do not stand a chance for any other kind of empowerment. Only when one is financially independent are they able to demand their rights.

It thereby becomes clear that the eight topics slated to be discussed during the summit are perfectly set out to realize this goal.

BPW pushes for increased women’s participation through entrepreneurship and financial inclusion, increasing their visibility and exposure to circumstances and situations that would lead to their independence. This aligns with UN Resolution 1325, and its sister resolutions, which focus on the participation, protection and involvement of women.

BPW works globally to empower women through training and connecting them with others in the market, ensuring they recognize their rights and the laws that they can use for their benefit. This enables women to come out of the poverty trap and become connected with the world of business.

BPW previously launched Equal Pay Day, which aims to remind the world that the gender pay gap still exists. It remains true to this day and age that women are paid less than men for the same amount of work, simply based on gender.

BPW International, through its affiliates across the world, have led many campaigns calling for equal pay and advocated through lobbying governments and the private sector to have equal pay laws. They believe that equal pay would give women the same power as men, so they would not need to depend on men. Thereby, they would have a bigger chance at achieving equality.

STEM education, a topic that BPW and Asfour have long been passionate about, is also vital, as it ensures that women have the skills to keep up with the times and technology.

Through discussion and strategically working on government and corporate procurement policies, as well as the Women Empowerment Principles, BPW is set to ensure during the summit that women are included at all levels of management and that their rights are preserved on all levels.

Founded in 1930, BPW International has had Consultative Status with the ECOSOC/United Nations since 1947. The NGO develops the professional, leadership and business potential of women via mentoring, networking, skill-development and economic empowerment programs. To read more about BPW International, visit them 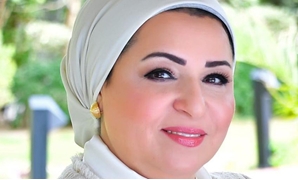