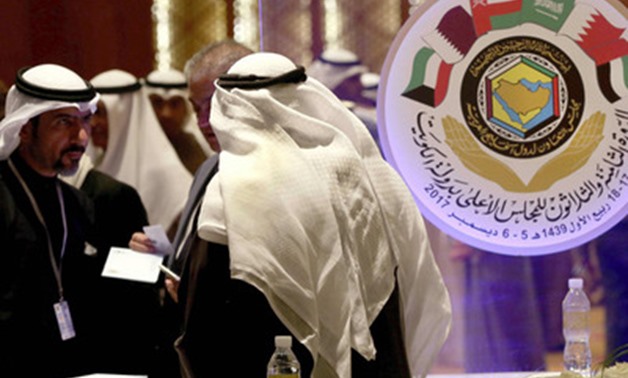 By: Nawal Sayed
CAIRO – 5 December 2017: The six-Gulf Cooperation Council annual summit is taking place in Kuwait on December 5 and 6, despite June-row between Qatar and three Gulf states, and Egypt.

The Qatari emir has arrived in Kuwait to attend the 38th Gulf summit, while Saudi, Emirati and Bahraini majesties have not.

Qatar’s Emir Tamim bin Hamad Al-Thani arrived in Kuwait on Tuesday in order to attend the 38th summit for the Gulf Cooperation Council (GCC) scheduled to take place on December 5-6, according to Kuwaiti news agency KUNA.

Host nation Kuwait, which is leading mediation efforts to resolve the Gulf crisis, and Qatar are the only members of the six-nation alliance (GCC) to send top-level representation_ their respective emirs_ to attend the summit.

News reports speculated the two-day summit may be concluded on Tuesday evening, without resuming the summit for a second day.

In October, Bahrain openly called for Qatar's membership of the GCC to be suspended until it accepts the Arab Quartet's demands.

Bahrain sent its deputy prime minister to the summit, and Emirati media said its state minister for foreign affairs would represent Abu Dhabi.

Oman has said it will be sending a senior official to represent its ruler Sultan Qaboos, who traditionally stays away from summits.

Emirati Foreign Minister Anwar Gargash heads the Emirati delegation to the GCC summit as he arrived in Kuwait on December 4.


On Tuesday morning, hours before the summit was scheduled to begin, the United Arab Emirates announced it has formed a new economic and partnership group with Saudi Arabia, separate from the GCC— a move that could undermine the council amid a diplomatic crisis with member state Qatar.

The Emirati Foreign Ministry announcement said the new "joint cooperation committee" was approved by the UAE’s ruler and President Sheikh Khalifa bin Zayed Al-Nayhan.
The Emirati ministry said the new "committee is assigned to cooperate and coordinate between the UAE and Saudi Arabia in all military, political, economic, trade and cultural fields, as well as other fields, in the interest of the two countries."

The GCC was founded in 1981 representing a Gulf political and economic union grouping Qatar with Bahrain, Saudi Arabia and the United Arab Emirates as well as Oman and Kuwait.

Coronavirus cases soar to 8 in Kuwait 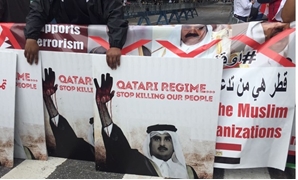