By: Reuters
CANBERRA - 10 October 2017: Australia's High Court began a three-day hearing on Tuesday to determine the eligibility of seven lawmakers who may hold dual citizenship, a case that could determine whether the government is able to maintain its razor-thin majority.

Australia's parliament was rocked by revelations in August that the seven politicians, including the deputy prime minister and two other Cabinet members in Prime Minister Malcolm Turnbull's coalition government, are dual citizens.

That means they are potentially ineligible to hold elected office under Australia's constitution.

Turnbull's unpopular centre-right government holds just a one-seat majority in parliament, meaning its future could rest on the outcome of the citizenship crisis.

The seven lawmakers accept they were dual nationals at the time of their election last year but the government argues that five of them, including all three Cabinet members, should be cleared because they were unaware that they had contravened the constitutional requirement at the time.

Turnbull can ill afford for the court to reject his government's argument because he holds just a one-seat majority in the lower house of parliament.

Should the High Court rule Deputy Prime Minister Barnaby Joyce, the sole lower house lawmaker caught up in the crisis, is ineligible, Turnbull will then need to win the support of one of three independent lawmakers to keep his minority government.

A ruling could come as soon as Thursday.

Turnbull's government is already in the minority in the upper house Senate and, should the High Court disqualify all seven lawmakers, he will face a government reshuffle after losing two more Cabinet members who are senators.

Support for Turnbull continues to languish near a six-month low, but political analysts believe he might receive a boost if he is able to win passage of a same-sex marriage bill.

Turnbull's government won High Court approval last month to stage a non-binding postal survey on the issue, which is widely popular among Australians. Results of that poll will be announced on Nov. 15. 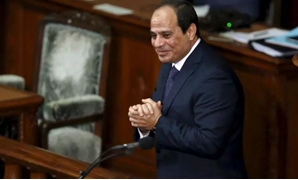 President Sisi congratulates Kurz on his re-election as Austria's chancellor 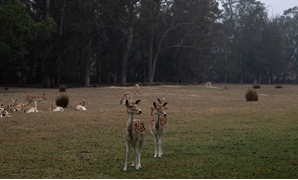 U.S. lawmaker says Facebook cannot be trusted to regulate itself