A high-level Qatari opposition source said that the tribe is gathering for the first time in ten years to support their leader Sheikh Taleb bin Lahom bin Shraim, who is known for his criticism of Tamim’s policies and has had his citizenship stripped.

Shraim said earlier in a video that Qatar withdrew his Qatari citizenship and that of 55 other members of the tribe, because they refused to insult Saudi Arabia particularly King Salman bin Abdulaziz and his crown prince Mohammed bin Salman bin Abdulaziz, alongside with the Kingdom of Bahrain, when the Qatari regime asked them to.

Qatar also revoked the citizenship of leader of Shaml al-Hawajir tribe Sheikh Shafi Nasser Hammoud al-Hajiri and other members of the tribe according to Qatari opposition sources. 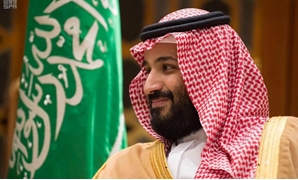 Qatar: how big is the risk?