Screenshot from the IS video released on August 8

By: Nawal Sayed
CAIRO – 19 August 2017: "If you are a truck driver, ram into the crowd and fill streets with their blood. Buy some petrol and burn their houses while they are sleeping," a militant affiliated to the Islamic State (IS) said in a five-minute video called Inside the Khilafah.

On August 8, IS-affiliated Al-Hayat media production released a video message inciting IS supporters to attack civilians in European countries if they could not “join the IS in its caliphate states”, according to the video.

The video then shows a series of graphics which show easily accessible weapons including nail guns, trucks and petrol.

The extremist said “Make the lands of the crusaders your battlefield,” adding “so kill them wherever you find them.”

The IS militant who talked during the video, encouraged jihadists to use petrol, nail guns and trucks in the fight against the west.

Iraqi media reports revealed that an armed group has recruited foreign militants to join the new group to target important commercial centers in those countries.

On Thursday, at least 13 people were killed and more than 100 were injured when a van ploughed into crowds of people on the renowned Las Ramblas Boulevard in Barcelona.

A few hours after the release of the statement, another incident occurred in which eight people were injured in a knife attack in the Siberian city of Surgut, Russian media agencies reported, explaining “a man was running along the main streets stabbing people." 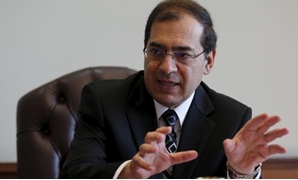