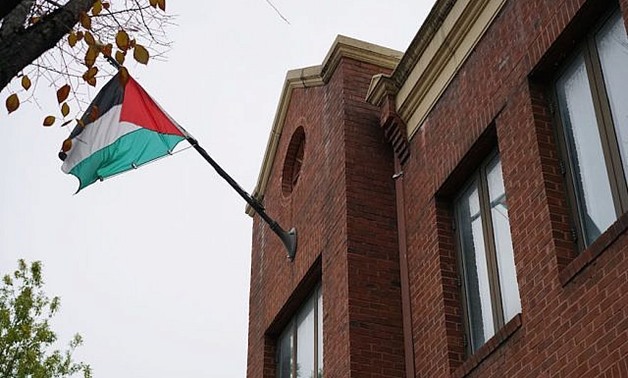 CAIRO – 14 February 2021: Director of the Dubai Regional Media Hub of the U.S. Department of State Samuel Werberg told an Egyptian TV show Saturday that Biden Administration would not repeal Trump's decisions pertinent to Palestine and that the U.S. Embassy's headquarters in Israel would remain in Jerusalem so as it would not be moved back to Tel Aviv.

Nevertheless, the incumbent administration will resume talks and consultations with Palestinians, which is something that was discarded by the Trump administration. It will also study the humanitarian needs of the Palestinian people, the American official indicated.

Werberg stated that Biden Administration prioritizes backing a peaceful solution in Yemen through negotiations among other issues in the Middle East.

Werberg explained that the United States cancelled the designation of Houthis as a terrorist group in order to facilitate brokering peace by contacting all parties involved in the civil war, and to enable the delivery of aids across the country.  He added that the United States aims for ending the war, and that it would not turn a blind eye to Houthis violations against other Yemenis.

Speaking of Libya, the official pointed out that the United States welcomes the outcomes of the Libyan Political Dialogue Forum and that the results of the elections scheduled for December must be respected by all parties for they represent the choice and desire of the Libyan people.

Furthermore, the American official said the United States realizes that Egypt would be influenced by the spread of terrorism in Libya.

In that context, Werberg stipulated the importance of withdrawing mercenaries and foreign forces from Libya asserting that Turkey must clarify its stance on the North African state as it is either with the Libyan people or against it.

The United States called upon all parties to withdraw all armed elements from Libyan territories. "We are watching, and if the call is ignored by Turkey, I cannot tell what will happen," Werberg stated.

With regard to Syria, he said that Biden Administration has been in power for only one month and that the crisis is very complicated and critical. Hence, the incumbent U.S. administration is still examining the matter with its partners in the region and will soon get a clear image of the status quo. Yet, the United States' general stance at present is ending the civil war in the Arab country.

Similarly, the United States is studying previous discussions over the Grand Ethiopian Renaissance Dam (GERD) issue in order to come up with a vision on the positive role it can play, Werberg stated adding that the United States backs negotiations.