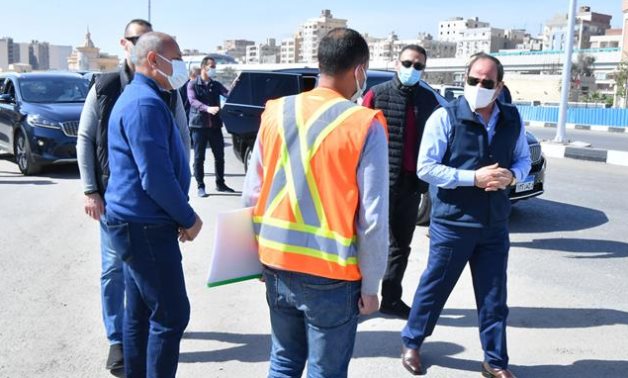 “The New Mostorod Axis will help improve traffic flow and ease citizens’ movement in these areas, especially after expanding all surrounding roads and removing all building violations across the roads so that they would integrate properly with all the new axes and roads network across Greater Cairo,” Radi said. “President El-Sisi was updated on all construction and implementation details from the supervising engineers at work sites. His Excellency gave directives for applying the highest engineering standards and expanding the roads as much as possible to achieve traffic fluidity. The President also directed that, as part of the road and axes projects, full-fledged, decent houses equipped with modern facilities and services should be provided for slum dwellers in “Ahalena” housing complexes in order to provide decent lives to them and their families,” he continued.