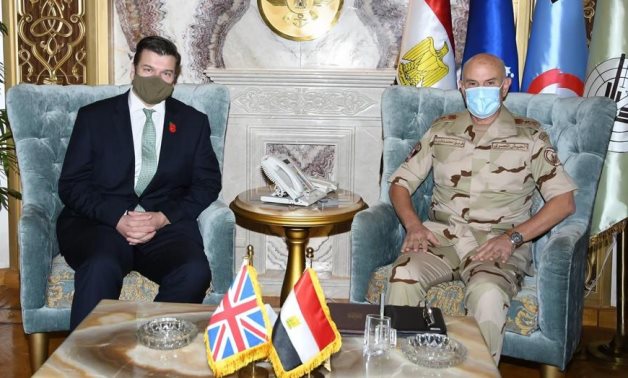 UK Parliamentary Under Secretary of State James Heappey and Chief of Staff Mohamed Farid in Cairo on November 3, 2020. Press Photo

CAIRO – 3 November 2020: Chief of Staff Mohamed Farid received on Tuesday UK Parliamentary Under Secretary of State (Minister for the Armed Forces) James Heappey and an accompanying delegation who are in a state visit that lasts for three days.

The meeting tackled a number of affairs of mutual interest in light of the exchange of expertise between the Egyptian and the UK armed forces.

On the Egyptian side, the meeting was attended by a number of high-ranking commanders.