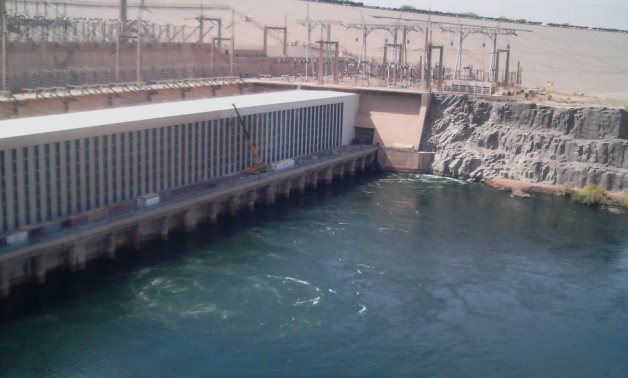 The Aswan Dam is an embankment dam situated across the Nile River in Aswan, Egypt. The High Dam was constructed between 1960 and 1970- CC via Wikimedia.

CAIRO – 6 September 2020: Egypt’s High Dam is capable of storing the amount of water coming from Sudan, said Mohamed el-Sebaei, spokesman for the Ministry of Irrigation and Water Resources, on Sunday.

“The High Dam is capable of storing water coming from outside the country during the floods, and every drop of water that comes to us will be useful,” he said in media remarks to Al-Hikaya talk show on MBC channel. The spokesperson also added that the state is able to deal with the amount of rain water, and the High Dam is one of the most important modern projects.

Torrential rains and floods hit Sudan, killing more than 99 people and displacing hundreds. This is in addition to destroying many houses and buildings. Sudan’s Security and Defense Council declared a national state of emergency for three months, designating Sudan as a natural disaster zone.

“The rates of floods and rain for this year exceeded the records set during the years 1946 and 1988, with expectations of continued rising indicators," Sudanese Minister of Labor and Social Development Lena el-Sheikh told SUNA on Saturday.

Egyptian Foreign Ministry issued a statement regarding the issue in light of the solid fraternal ties binding the Egyptian and Sudanese peoples, and ''the unity of path and destiny'' between the two countries.

Cairo also extended the sincerest condolences to Khartoum over the floods victims, asserting full readiness to coordinate with the Sudanese people regarding the humanitarian relief efforts required to face the repercussions of these floods, according to the ministry.

The statement further noted that Egypt is confident that Sudan's government and people will overcome this crisis.