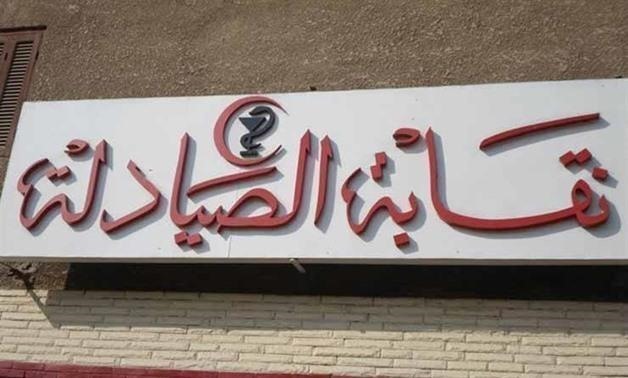 FILE - The central Cairo prosecution ordered the detention of Mohie Ebeid, head of the Egyptian Pharmacists Syndicate, for four days

CAIRO - 14 April 2020: Cairo Pharmacists Syndicate, and its members headed by Mohamed el-Sheikh mourned the death of pharmacist Magdyel-Aghoury from Shubra district from the coronavirus.

In a statement, Cairo Pharmacists Syndicate also called on the head of the syndicate to limit the distribution and sale of medical supplies, like disinfectants, masks and gloves, to pharmacies only to avoid tampering with the prices of these goods.

Head of Consumer Protection Agency Rady Abdel Mo’ty confirmed that judicial police vehicles are deployed at markets to monitor attempts to raise prices of goods, and to take the necessary legal procedures.

One of these campaigns could seize 10,000 medical masks, 500 disinfectants, and 150 hand sanitizers that were attempted to be stored.

It should be noted that the Health Ministry announced on April13, that 125 new coronavirus cases were detected; all of them Egyptians, upping the total number of confirmed cases to 2190, Spokesman for the Health Ministry Khaled Megahed said in a statement.

Five patients have died from the virus over the past 24 hours, raising the death toll to 164, the spokesman said.

The spokesman said that the number of patients that were discharged from hospitals after receiving necessary medical care rose to 448 on Monday.

Also, the number of coronavirus patients who had now been retested for the virus and had received negative results has reached 622.

Egypt extended a nationwide night-time curfew by two additional weeks, Prime Minister Mostafa Madbouly said in a televised interview, as the country is tailoring measures to contain the coronavirus (COVID-19) situation in the country.