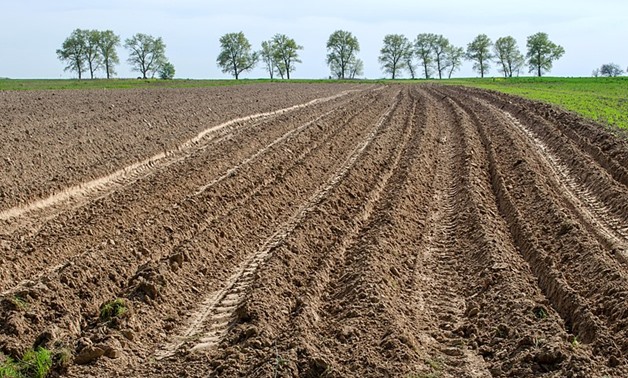 Arable land near the village of Boromiki, Chernihiv region.- CC via Wikimedia

Madbouli asked the Ministry of Agriculture to prepare a detailed study on the arable lands in the area, according to the statement.

In mitigation, Egypt is building the sewage water treatment plant to face water shortage that could affect around 0.5 million people in Sinai. The plant, which will treat sewage and agricultural wastewater of the longest drain (Bahr al-Baqar 1 drain), located in the east of Suez Canal. It will produce 5 million cubic meters per day to cultivate 250,000 feddans.

In 2018, the head of Water Administration at the Armed Forces Engineering Authority (AFEA)- tasked to establish Bahr al-Baqar plant - said that the plant will produce 5 million cubic meters per day to cultivate 250,000 feddans.