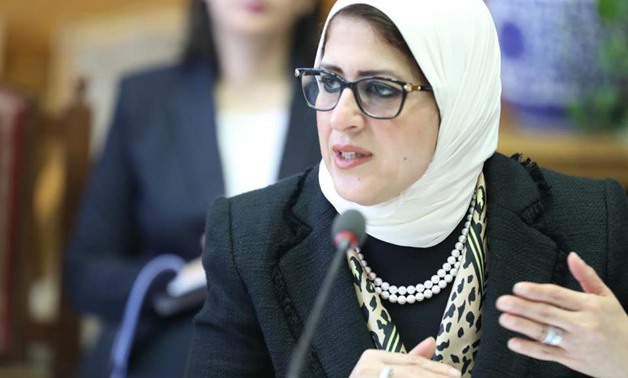 CAIRO – 7 March 2020: Egyptian Minister of Health Hala Zayed on Saturday said 11 persons on board a Nile cruise ship in Upper Egypt’s Luxor tested negative for coronavirus, while 33 others tested positive.

In a press conference, Zayed said 250,000 devices to detect coronavirus will be imported and distributed to all airports nationwide.

Prime Minister Mostafa Madbouli, during the conference, said the government has followed the paths of foreign tourists whose countries announced having coronavirus and found that the aforementioned cruise was their point of connection.

All visitors in the group as well as workers were examined, Madbouli said, even though the incubation period almost ended. He added that the infected cases are stable and that the staff of the ship do not suffer from any symptoms.

This comes a day after the Health Ministry and the World Health Organization announced confirming 12 positive cases of the new virus on board the Nile cruise ship in Upper Egypt. The 12 staff members did not show any symptoms, according to the statement.

The patients on the ship coming from Aswan to Luxor were mainly infected by an American tourist from a Taiwanese origin, the ministry spokesman said, citing a report for the World Health Organization.

Those on board the cruise ship were diagnosed by the polymerase chain reaction (RT-PCR) in the 14th day, the ministry said, adding that 12 people tested positive for the disease.

The Health Ministry and the World Health Organization (WHO) confirmed on Thursday the third case of coronavirus in Egypt.

On Wednesday, the World Health Organization said the two cases, before the third was detected, were dealt with in a professional way, adding that those who escorted them were examined and precautionary measures were applied to them, in accordance with the standards of the organization.

Health Minister Hala Zayed on Wednesday announced examining 1,904 suspected cases of the emerging coronavirus in Egypt, starting from last January, confirming that all of them tested negative, except for the two foreigners whose cases were earlier announced.

The first case was a foreigner, the minister said, adding that he received excellent medical care and was diagnosed by PCR under the supervision of the ministry and WHO, several times in a row. The result was negative each time and he left quarantine, the minister noted.

Concerning the second case, he was also a foreign person and was immediately quarantined in the designated hospital, Zayed said. She noted that he is receiving medical care, and his condition is stable and constantly improving. Quarantine measures have also been applied on all employees at his workplace and their assisting bodies, who numbered more than 2,500 people as a precautionary measure, she said.