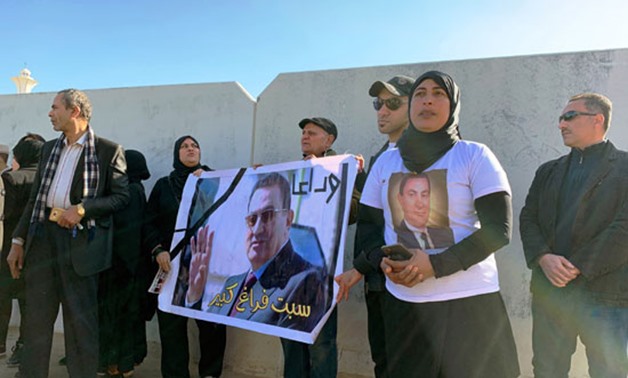 CAIRO – 26 February 2020: Lovers and supporters of former president Mohamed Hosni Mubarak were seen staging on Wednesday morning to mourn his death in front of the main gate of El-Mosheer Tantawy Mosque in Nasr City as his body is being prepared for transfer ahead of the burial process.

Egypt’s state TV has announced ongoing preparations to transfer the body of Egypt’s former president Mohamed Hosni Mubarak as his military funeral is being set.

State TV news said the body will be transferred by a helicopter from El-Mosheer Tantawy Mosque in Nasr City to his family’s tomb.

Fans of the former president – some of them shedding tears – held pictures of Mubarak and even wore t-shirts with his photo.