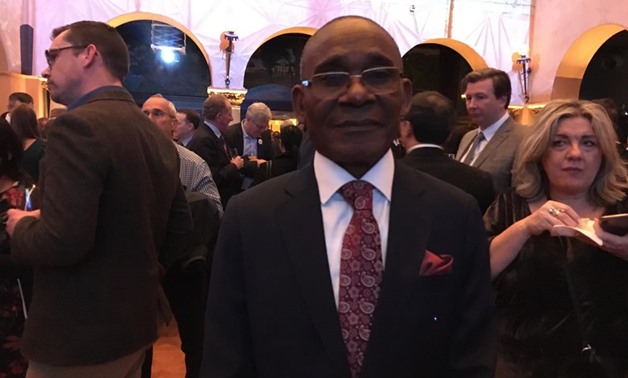 STOCKHOLM: Minister for Public Works, Housing and Town Planning in Equatorial Guinea Nsue Medja said that African governments should be taking active action regarding road safety, which is becoming a very important issue.

“We have different conditions of roads in Africa. In the last 20 years, governments of Africa have done a lot to boost road safety, but the figure of cars increased too much,” Minister Medja told Egypt Today magazine on the sidelines of the 3rd Global Ministerial Conference on Road Safety set to kick off in Stockholm Wednesday.

He further explained that in his country, they are working to reduce the number of vehicles to achieve safer roads. He further went on saying that among the Egyptian companies, there is the Arab Contractors that is taking part in building roads in his country in an outstanding performance.

Arab Contractors-Equatorial Guinea Ltd. Company was established in 2003 with an Egyptian-Guinean partnership.

Minister Medja said that African countries should rely on big countries to fix their roads, adding that Egypt has done a good job in improving road safety.

“We should stand for ourselves to boost roads ourselves, and our young people got to be educated about road safety,” he added.

The 3rd Global Ministerial Conference on Road Safety will kick off in Stockholm, Sweden Wednesday, where around 1,700 delegates from around 140 countries around the world are attending to share successes and lessons from implementation of the Global Plan for the Decade of Action for Road Safety 2011-2020.