An official uses a thermal camera at the arrivals hall of Suvarnabhumi Airport as a measure to prevent the spread of coronavirus in Bangkok, Thailand January 24, 2020. REUTERS/Soe Zeya Tun

By: MENA
GENEVA, Feb 17 (MENA) - The World Health Organization announced a total of nine confirmed cases of COVID-19 in the Eastern Mediterranean Region as of 16 February 2020.

The Ministry of Health and Prevention of the United Arab Emirates has reported that 3 COVID-2019 cases have fully recovered and were released from hospital on February 9 and 14.

The confirmed case in Egypt is asymptomatic and was identified through contact screening of an index case who travelled to Cairo between January 21 and February 4 on a business trip and tested positive for COVID-19 on February 11 in China.

The confirmed case in Egypt is currently isolated in a referral hospital. Other contacts of the confirmed case are being traced, and so far, all have tested negative, but will be actively followed up on for 14 days. WHO is coordinating with national IHR focal points in China and Egypt in order to support the investigation in Egypt.

Confirmed cases in Egypt and United Arab Emirates are currently being managed as per standard protocol.

Countries in the Region have scaled up their preparedness and operational readiness measures to ensure early detection and rapid response to potential cases of COVID-19. Information about suspected and confirmed cases in the Region are shared with WHO in accordance with the International Health Regulations. Countries have developed and implemented national preparedness and response plans to activate intensified measures and actions (and related Standard Operating Procedures), in coordination with WHO.

These measures include activation of multisectorial coordination mechanisms; active surveillance and screening at points of entry; training health care providers on contact tracing and case definition for suspected and confirmed cases; case management and the infection, prevention and control measures; distributing personal protective equipment to health facilities, including at points of entry, for managing suspected and confirmed cases; activating/alerting rapid response teams; and distributing Information Education and Communications materials to raise public awareness and counter rumors and misinformation.

WHO urges the public to obtain the latest information on COVID-19 from key sources such as ministries of health and WHO, and follow and promote the recommended basic preventive and protective measures available on the WHO official websites. 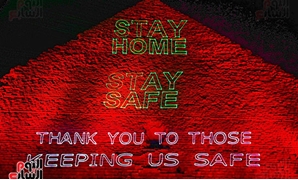 WHO: Egypt has decisive opportunity to effectively control Covid-19 pandemic