By: Reuters
MOSCOW (Reuters) - The Kremlin said on Tuesday that all attacks on Russian and Syrian government forces in Syria’s Idlib province had to stop and that a Russo-Turkish deal on northeast Syria had to be implemented.

The Kremlin was commenting after Syrian government forces seized control of a highway in northwest Syria for the first time since 2012 and as talks ended between Turkey and Russia on stopping clashes that killed 13 Turkish soldiers in a week. 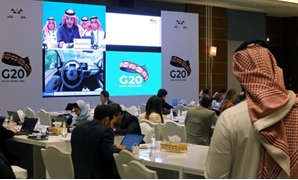