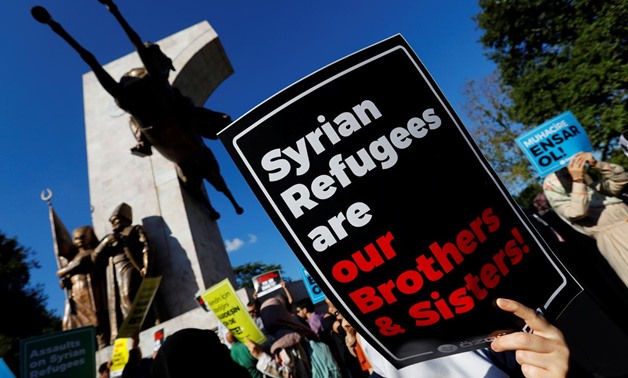 CAIRO – 24 January 2020: As Turkey is set to hand its Universal Periodic Review to the United Nations Human Rights Council by the end of this month, an Egyptian human rights groups called on international community to hold the Turkish regime accountable for “terrorist acts”.

In a letter to the OHCHR, the rights group, known as “Hoqeqeiat” presented a monitoring report that documented the Turkish regime's “practice of state terrorism” and the extension of human rights violations from inside Turkey to abroad, especially to the neighboring countries.

The report said that the crimes included military intervention in northern Syria and the resulting human rights violations, as well as the regime’s support of terrorist militias in Libya.

The letter stressed the availability of many testimonies and documents that confirm Turkey's transfer of terrorist elements from Syria to Libya, and Turkey’s President Recep Tayyip Erdogan’s use of a threatening tone against the neighboring countries in which he referred to symbols of the defunct Ottoman caliphate.

The letter also referred to the suffering of refugees in Turkey and the Turkish regime’s obstruction of the work of international humanitarian organizations concerned with refugee affairs. The report asserted that these organizations’ work is increasingly being obstructed in Turkey, as the authorities have limited the permits it used to grant for them to start their work in the country.

The Turkish army in Cyprus has prevented the Greek Cypriots from cultivating their lands in the buffer zone.

In Libya, the Turkish regime provided support to the elements of the terrorist Muslim Brotherhood group in the war-torn country.

Despite UN Security Council Resolution 1970 issued in March 2011, which stipulates that all UN member states should prevent the sale or supply of weapons and related items to Libya, alongside Resolution 2420 - which allows member states to inspect ships destined for Libya or coming from it with the aim of preventing the entry of weapons into Libya - Ankara ignored the decision since the first day and supplied militant elements in western Libya with weapons, the report said.

The report said that Turkish President Erdogan relies on some suspicious secret entities to carry out his malicious plans to back terrorist militias in some Arab countries that suffer from armed conflict, such as Libya and Syria.

Turkish aircraft violate the four conventions of Geneva related to the protection of civilians in areas of armed conflict, the report said, adding that the Turkish aircraft shell civilian targets and cause many civilian casualties.

The Tripoli-based Government of National Accord used Turkish drones to bomb Libyan National Army targets and to attack civilians in several areas of the country, the report said.

Concerning media, The letter called for an international investigation into the Turkish state's broadcasting of a number of TV channels that incite hatred and violence against civilians and members of the Libyan National Army, in violation of Article 5 of the Declaration of Principles of Tolerance adopted by the United Nations Educational, Scientific and Cultural Organization (UNESCO).

Thus, the Turkish state carries out a systematic hostile act against a number of Arab countries, including Egypt and Libya, by allowing these channels to broadcast video material that represents a clear violation of the moral rules.

Also, broadcasting this material from Turkey which is subject to European agreements, is in violation of the laws of the European Union for radio and television broadcasting that have criminalized these practices, as these channels nurture ideas of terrorism and extremism and contribute to involving young people in the fight against the state’s institutions.