By: Egypt Today staff
CAIRO – 19 January 2020: The Egyptian fugitive, Mohammed Ali, released a private Whatsapp conversation between him and a fugitive member of the outlawed Muslim Brotherhood named Yasser al Oumda, on which scandalous plots of the banned Muslim Brotherhood were revealed, according to Mobtada news website.

In the conversation, Oumda warns Ali not to join the Muslim Brotherhood establishments in Turkey, as the latter apparently received an offer from the outlawed group’s media outlets in Istanbul.

Oumda, who himself is a member of the banned group, told Ali that the group’s media figures in Turkey turned their political cause into a “cash cow” that generates $1 million per month.

In the conversation, Oumda advised Ali to have his show in the group’s media outlets without adopting the banned group’s ideology or ideas. Ali replied by saying that he is “studying the offer”.

Oumda said that all the Muslim Brotherhood fugitives place their own interest before any other matter, adding that Qatar bankrolls the group’s shady operations in Turkey through an English man of Palestinian origins named “Abu Amer”.

Oumda has also exposed the group’s sinister plot to sack the state in Egypt in 2016 through collaborating with the Salafis, whom they met repeatedly at Al Sharq office in Istanbul. 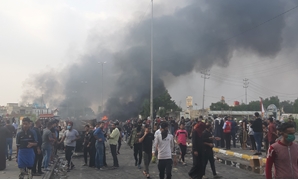 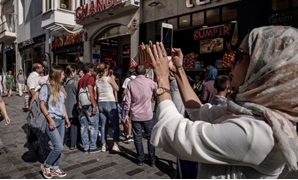