Spain says it has withdrawn some of its troops from Iraq

By: Reuters
MADRID (Reuters) - Spain has pulled out some of its troops from Iraq due to security concerns, acting Deputy Prime Minister Carmen Calvo said on Wednesday.

“Those who were in riskier positions have left for Kuwait,” Calvo told state broadcaster RTVE. “There is only a reduced number left there.”

The decision comes as NATO announced it would move some of its military training personnel out of Iraq amid fears of a regional conflagration. 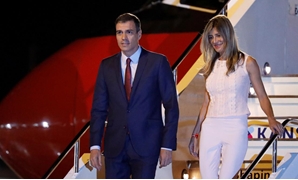