Mourners attend the funeral of the Iranian Major-General Qassem Soleimani, top commander of the elite Quds Force of the Revolutionary Guards, and the Iraqi militia commander Abu Mahdi al-Muhandis, who were killed in an air strike at Baghdad airport, in Ba

Thousands march in Baghdad to mourn Soleimani, others killed in U.S. air strike

On Saturday, close U.S. ally Britain warned its nationals to avoid all travel to Iraq, outside the autonomous Kurdistan region, and avoid all but essential travel to Iran.

Soleimani, a 62-year-old general, was Tehran’s most prominent military commander and the architect of its spreading influence in the Middle East. Muhandis was the deputy commander of Iraq’s Popular Mobilization Forces (PMF) umbrella body of paramilitary groups.

U.S.-Iranian hostilities have intensified in Iraq since last week when pro-Iranian militia attacked the U.S. Embassy in Baghdad following a deadly U.S. air raid on the Kataib Hezbollah militia, founded by Muhandis.

A senior Trump administration official said Soleimani had been planning imminent attacks on U.S. personnel across the Middle East. U.S. Democratic party critics said the order by the Republican president was reckless and that he had raised the risk of more violence in a dangerous region.

An elaborate, PMF-organized procession to mourn Soleimani, Muhandis and the others began in Baghdad’s heavily fortified Green Zone on Saturday. It will proceed by car to the Shi’ite holy city of Kerbala and end in Najaf, another sacred Shi’ite city where Muhandis and the other Iraqis killed will be buried.

Soleimani’s body will be transferred to the southwestern Iranian province of Khuzestan that borders Iraq, then on Sunday to the Shi’ite holy city of Mashhad in the northeast and from there to the capital Tehran and on to his hometown Kerman in the southeast for burial on Tuesday, Iranian state media reported.

Many condemned the U.S. attack, regarding Soleimani as a hero for his role in defeating the Islamic State militant group that had seized wide swathes of north and central Iraq in 2014.

“The broad participation in this procession proves the public’s condemnation of America and its allies for their human rights abuses whilst claiming to fight terrorism,” said Ali al-Khatib, a mourner in the Iraqi capital.

“It is necessary to take revenge on the murderers. The martyrs got the prize they wanted - the prize of martyrdom.”

Other Iraqis at first reacted with joy to the U.S. strike only to become quickly fearful of the fall-out, particularly for those involved in months of street protests against the Iranian-backed Baghdad government over alleged misrule and corruption.

They said that Soleimani and Muhandis had backed the use of force against unarmed anti-government protesters last year and established militias that demonstrators blame for many of Iraq’s social and economic woes.

Protesters now worry they could become an easy target for reprisals from Shi’ite militias who had been portraying the wave of anti-government demonstrations as a U.S. conspiracy.

They are also angry at Washington for killing the men on Iraqi soil, possibly plunging Iraq into another war.

“These acts are the beginning of American-Iranian conflict in Iraq, after dominating Iraq and belittling Iraq’s role,” said one protester in Baghdad’s central Tahrir Square.

“This air strike will have grave consequences.” 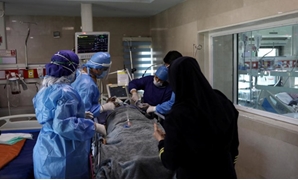