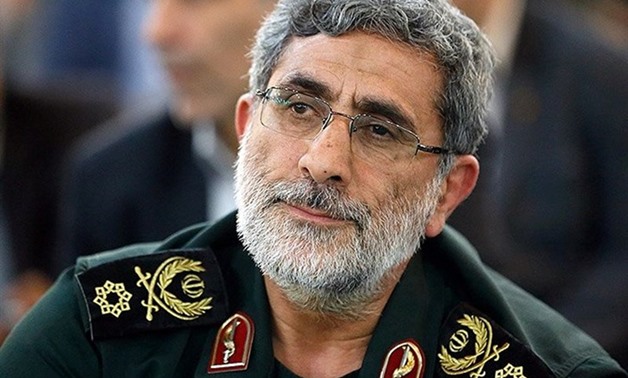 Ayatollah announced a three-day mourning for Soleimani, saying that “the struggle will continue until achieving the victory and making the life of criminals more bitter.” Khamenei vowed "severe revenge."

Lebanese political and paramilitary party Hezbollah Hassan Nasrallah announced that the group will follow Soleimani’s approach, adding that the US will not achieve any one of its goals and all fighters will take revenge for Soleimani.

Lebanese top Shiite clergyman Muqtada al-Sadr tweeted that he ordered to prepare the Mahdi Army, the Promised Day Brigade and other military supporters to be on fully readiness for protecting Iraq.

Iranian President Hassan Rouhani tweeted that the path of resistance to US excesses will continue.

The flag of General Soleimani in defense of the country's territorial integrity and the fight against terrorism and extremism in the region will be raised, and the path of resistance to US excesses will continue. The great nation of Iran will take revenge for this heinous crime.

Coincidently, the Iranian Foreign Ministry summoned the Swiss Charge d'affaires to Iran, which represents the US interests in Iraq, in protest against the killing of Soleimani, IRNA news agency reported.

The US embassy in Baghdad urged American citizens in Iraq on Friday to "depart immediately,” several hours after the US killing of Soleimani in Iraq.

"US citizens should depart via airline while possible, and failing that, to other countries via land," the embassy said in a statement.


Russia further warned on Friday that killing Soleimani would increase tensions across the Middle East.

"The killing of Soleimani... was an adventurist step that will increase tensions throughout the region," news agencies RIA Novosti and TASS quoted the foreign ministry as saying.


Moscow is also one of the world powers that negotiated the landmark Iran nuclear deal that Washington withdrew from in 2018, leading to a surge in tensions.

Konstantin Kosachev, the head of the foreign affairs committee of the Russian parliament's upper house, said on Facebook that “Retaliatory strikes will certainly follow.”

He pointed out that the killing marked the end of any chance to salvage the nuclear deal.

Moreover, leader of Lebanon's Tehran-backed Hezbollah group called Friday for the death in a US strike of top Iranian commander Major General Qasem Soleimani to be avenged.

"Meting out the appropriate punishment to these criminal assassins... will be the responsibility and task of all resistance fighters worldwide," Hassan Nasrallah said in a statement.