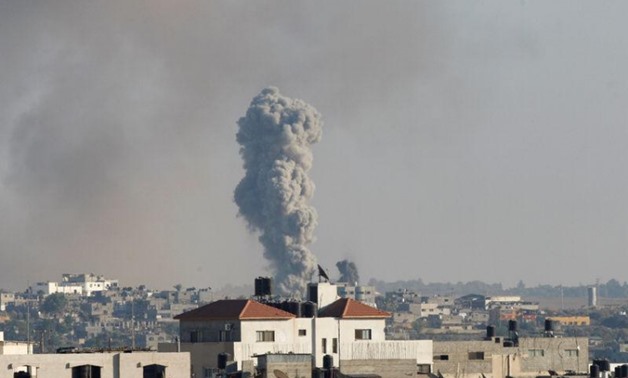 GAZA CITY, Nov 2 (MENA) - A Palestinian young man was killed and many others were injured at dawn Saturday in a shelling launched by Israeli warplanes on several areas in the Gaza Strip.