Ecotourists to be trained on biodiversity at national reserves

By: Egypt Today staff
CAIRO - 18 October 2019: In a way to promote ecotourism, the Egyptian Ministry of Environment holds a workshop for environmental tourists in the period between October 15 and 26.

“The training aims at qualifying tourists working or willing to work in the field of environmental guidance at the nature reserves to activate the concept of sustainable ecotourism and to protect wildlife and biodiversity,” the statement read.

The training is part of the ministry’s project of protecting Migratory Soaring Birds, which comes under the auspices of Minister of Environment Yasmine Fouad, the ministry said in a statement on Friday.

In program was launched in cooperation with the Ministry of Tourism, the Tour Guides Syndicate, a number of concerned parties and experts in tourism, environment and biodiversity, the statement continued.

CAIRO - 28 February 2019: As of 2015, ecotourism has been defined to mean "responsible travel to natural areas that conserves the environment, sustains the well-being of the local people, and involves interpretation and education," according to the International Ecotourism Society (TIES), the oldest and largest ecotourism society in the world. Egypt honored for 1st time as guest of honor at ITF 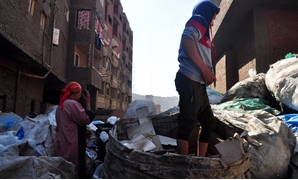