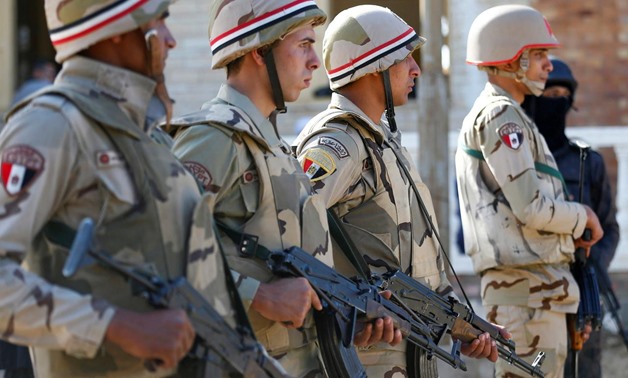 CAIRO – 29 September 2019: Saudi Arabia supports the efforts exerted by Egypt to fight terrorism including the latest military operations carried out by the Egyptian Army and security forces in North Sinai, an official source at the Saudi Foreign Ministry told Saudi Press Agency on Saturday.

The official asserted his country’s full support for brotherly Egypt in its fight against terrorism and extremism. He also offered condolences to the families of martyrs who lost their lives fighting outlawed armed groups and wished the wounded a speedy recovery.

118 terrorists killed, 33 shelters destroyed and 273 explosive devices were defused by Egypt’s forces during military operations in central and North Sinai, according to a Friday statement issued by the Egyptian military forces.

During these operations, and as a result of engaging with the terrorist and ‘takfiri’ elements, one army officer, along with other nine soldiers were martyred, according to the statement.