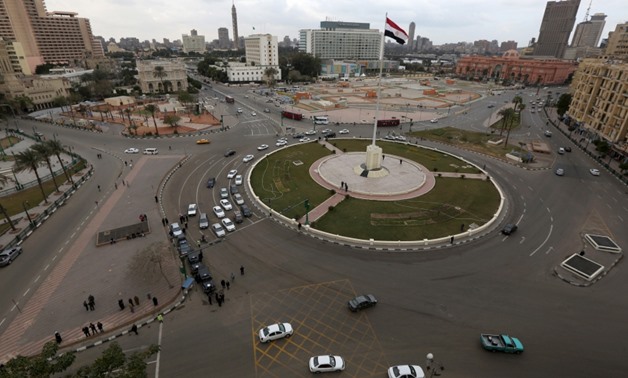 CAIRO – 26 September 2019: Egypt's Attorney General Hamada al-Sawi ordered investigations into protestst that have been witnessed in some governorates overt the past days, aiming at standing on the reasons behind these protests, and the demands of the marchers.

According to a Thursday statement, nearly one thousand of the protestors were questioned by Egypt’s public prosecution in the presence of their lawyers.

The reasons for taking part in the demonstrations varied according to the statement; as some of the participants clarified that they demonstrated as a result of the country’s economic conditions which affected their life standards. Others said that they were deceived by some posts published on Facebook pages claimed to be affiliated with the government calling Egyptians to demonstrate.

According to other testimonies, the demonstrators met with anonymous elements who called them to record and film the demonstrations in order to be displayed by some of the pro-Muslim Brotherhood TV channels and to incite Egyptians to join them.

The investigations also revealed that some well-known criminals were spotted among the demonstrators during the past days.

Another group of the protestors who were questioned denied being part of it “intentionally”, adding that they went to the streets to find out themselves if people were demonstrating or not, especially that some of the media outlets published conflicted information. Others, according to the statement said that they were at the same place of the demonstrations ‘accidentally’.

Some of the questioned demonstrators admitted seeing some groups deliberately taking part in violence acting and targeting public transport and shops, according to the statement.

The Public Prosecution also examined the questioned demonstrators’ social media accounts as they found number of fake Facebook pages and groups inciting citizens to demonstrate all over the country.

‘The admins of these fake social media accounts were identified to be arrested and questioned by the authorities’; the statement read.

Two foreigners were arrested near the protests’ locations according to the statement, including a member of the Islamic Jihad Movement in Palestine and a Dutch man of which a high-altitude drone with high-resolution camera was found in his possession.

At the end of the statement, Egypt's attorney general urged Egyptians who wishes to demonstrate peacefully to take all legal procedures including notifying the authorities with the exact number of the demonstrators, its time and location along with respecting the regulating law in order to prevent any attempts to spread chaos in the country.