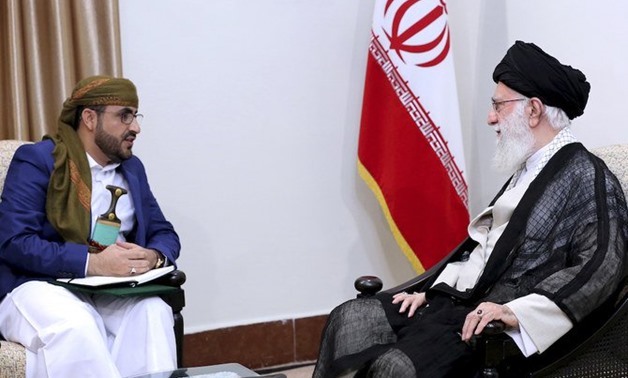 CAIRO - 15 August 2019: UAE’s Minister of State for Foreign Affairs Anwar Gargash said on Twitter on Thursday that the relationship between Iran and the Houthi militia in Yemen became clearer following a meeting with Supreme Iranian leader Ayatollah Khamenei.

“Houthi relations with Iran, for long in search for proper designation, is clearer following their leadership’s meeting with Ayatollah Khamenei,” Gargash tweeted.

“Stated in black and white in their statement of fealty the Houthis are a proxy and that is the correct terminology,” he added.

During the meeting, Khamenei praising the militants Tuesday, as he met the Houthi negotiator, Mohammed Abdul-Salam.

Iran has long been accused of supporting the group, which sparked the war, chaos and destruction in 2014 when they seized the capital Sanaa.

Iran’s support for the Houthis and supply of weapons is regarded as one of the main reasons why the war in Yemen has lasted so long.

An Arab coalition, which includes Saudi Arabia, is supporting troops loyal to the internationally recognized government against the Houthis.

The meeting in Tehran is the first time Khamenei has held talks with a senior Houthi representative, Reuters reported.

"I declare my support for the resistance of Yemen's believing men and women ... Yemen’s people... will establish a strong government," Khamenei said.

Yemen's government and the Arab coalition accuse the Houthis of collapsing previous UN-sponsored talks to find a political settlement to the conflict.

Saudi Arabia and its allies say Iran’s support of proxy militias in the region, including Hezbollah in Lebanon and groups in Iraq, is the main cause of instability in the region.