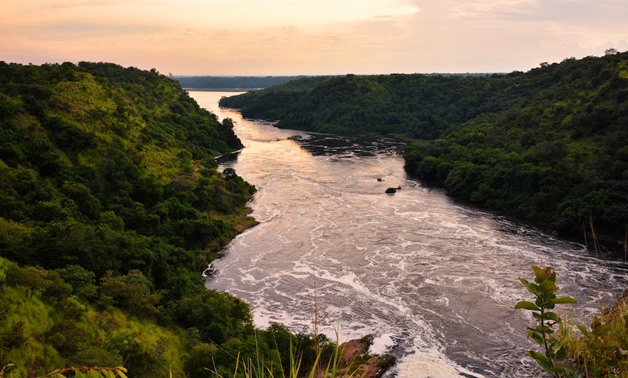 CAIRO – 28 July 2019: Egypt’s annual share of the Nile water decreased by 5 billion cubic meters in 2019, and a state of emergency was announced nationwide, Ministry of Water Resources and Irrigation stated on Saturday.

The Nile flow has been affected by the decreasing rate of annual rainwater, which is coming from the Ethiopian Highlands, said Head of the Planning Sector at the Ministry of Water Resources and Irrigation, Eman el-Sayed, in the statement.

Egypt’s share (55.5 billion cubic meters) comes from the Highlands through the tributary of the Blue Nile that feeds 80 percent of the Nile’s water to downstream states (Egypt and Sudan).

The Nile's annual rainwater could decrease over the coming few years due to climate change, she added, noting that the sector has advanced devices to measure the annual rainwater along the Nile basin.

According to the ministry’s statement, Egypt announced that it is ready for the 2019-2020 Nile water flow, which starts in September.

The ministry’s Committee of the Nile Water Flow announced a state of emergency nationwide to meet the state’s water needs, particularly drinkable water. The committee also directed to launch campaigns to monitor violations to the rules of rice cultivation.

On May 21, 2018, President Abdel Fatah al-Sisi ratified new amendments to the Agriculture Law No. 53 of 1966, per which the government will determine the areas to cultivate certain water-intensive crops such as rice and sugarcane, amid the water shortage crisis in order to rationalize water usage.

Despite the government's efforts to save every drop of water as the country faces water scarcity, 98.4 million Egyptians still live under the poverty water line by 50 percent, below the international line of 1,000 cubic meters.

The two deals had allocated 80 billion cubic meters of Nile water to Egypt (55.5 billion), and Sudan (18.5 billion); they also granted Egypt the right to veto against projects that can be established in Uganda, Kenya, Tanzania and Sudan and that may cause harm to its share.

Moreover, Egypt’s concern over its share was escalated after Ethiopia started building the Grand Ethiopian Renaissance Dam on the Blue Nile in May 2011. However, a series of tripartite talks between the two countries along with Sudan has begun in 2014. One year later, the three countries reached an agreement, per which the downstream countries should not be affected by the construction of the dam.

The remaining problematic point between Egypt and Ethiopia is a technical one related to the period of filling the dam’s reservoir with water. Ethiopia has asked for 5-6 years to fill the reservoir, while Egypt has asked Ethiopia to abide by the Nile water quantity flow in filling the reservoir to “avoid any significant damage on the downstream countries.”