By: Egypt Today staff
CAIRO - 2 June 2019: Immigration Ministry congratulated Egyptian young woman Inas Ibrahim Helal on being honored by Queen Elizabeth II for her services to the local community and doing a number of charitable works.

According to a statement issued by the ministry on Tuesday, Helal was honored at the famous Royal Buckingham Palace

Hilal expressed her pleasure to be congratulated by Minister of Immigration Nabila Makram, stressing that she follows-up all the events and development efforts taking place in the country in the field of women's rights.

In 2015, in celebration of Her Majesty’s birthday, Queen Elizabeth II also honored two Egyptians in the UK, Dr. Nemat Talaat Shafik, deputy governor of the Bank of England, and His Grace Bishop Angaelos, general bishop of the Coptic Orthodox Church, for their outstanding contributions in their fields.

In 2014, Egyptian-British surgeon Sir MagdiYacoub was awarded the Order of Merit by Queen Elizabeth in the New Year Honours.

The Birthday Honors have been awarded since at least 1891. They are bestowed by the monarchs of the Commonwealth realms on their official birthdays, and published in the official newspapers. 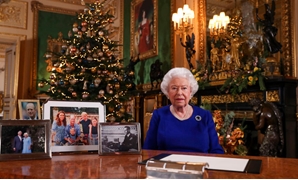