Sisi to attend forum on ‘Belt and Road Initiative’ in Beijing 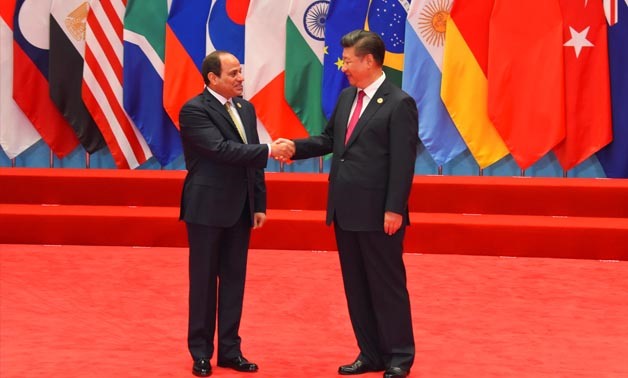 CAIRO - 24 April 2019: President Abdel Fatah al-Sisi headed on Wednesday to Beijing to attend the Belt and Road Forum for International Cooperation (BRFIC), and hold bilateral meetings on the sidelines with Chinese President Xi Jinping and other chiefs of state.

The president has paid five state visits to China since he came to power mid-2014. In March, President Sisi and Chinese Minister of Defense Wei Fenghe discussed in Cairo the Belt and Road initiative. The Belt and Road Initiative was launched by the Chinese government to enhance trade, investments, and infrastructure in more than 150 countries in Asia, Europe, Middle East, Africa, and Latin America. The initiative is a revival to what was known as “The Silk Road.”

President Sisi affirmed that the Belt and Road Initiative is complementary to Egypt’s development efforts to attract more investments and build new megaprojects across the country, including the Suez Canal Corridor, logistic industrial zones, and new ports on the Red Sea and the Mediterranean Sea.

Chinese exports to Egypt hit $11 billion in 2018 against imports worth just $1.8 billion. On Monday, Cairo Chamber of Commerce received a delegation from Tong'an City, China Tuesday. The delegation, headed by Zhang Guazi, includes more than 22 specialized companies in various fields including technology, mobile and electronic industries.