All you need to know about expected Egyptian Senate mandate 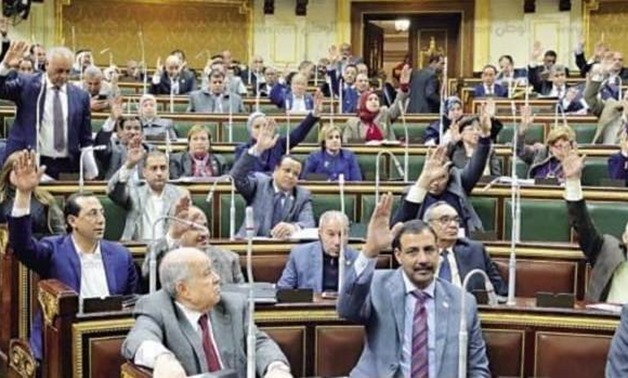 Egyptian Parliamentarians vote in favor of a proposal – Press photo

CAIRO – 14 April 2019: The Committee of Constitutional and Legislative Affairs of the Egyptian House of Representatives discussed on Sunday the fresh mandate of the expected Senate chamber.

The Committee discussed the articles 249 and 248 of the constitution in which the tasks of the Senate chamber are identified as the following:
Discuss the plans allocated for the Social and Economic Development

Supervise the treaties related to the rights of sovereignty.

The Senate shall study bills suggested by the President.

The Senators shall express their opinion on suggestions of constitutional amendments.

The Senators shall study the bills sent by the presidents that deal with the public policy and the Arab and foreign affairs.

The Senate shall give its opinion on these matters to the President of the Republic and the House Speaker.