On September 2018 Egyptian Media Group successfully sealed a deal to buy 51 percent of the shares of the Future Group Holding, the company owns all the TV channels of CBC.

The move was sought to realize a new integration of Egyptian media institutions for new content in the Arab region.

Morsi became the new CEO of the Future Group Holding in the light of the new deal.

Morsi was announced to hold the post of Egyptian Media Group CEO in February, 2018 to succeed former head of Egypt's state Radio and TV Union, Osama el-Sheikh, after his resignation.

As the Chief Executive Officer of Egyptian Media Group Morsy managed to perform a lot of successful deals placing the group in the forefront of the media companies in the Middle East.

Synergy, one of Egyptian Media Group’s arms, announced on Sept. 10, 2018 its cooperation with Middle East Communications Network (MCN) in a contract signed on Sept. 9.


MCN is under The Interpublic Group of Companies Inc. (IPG), an international group specialized in media and publicity and was behind many popular advertising campaigns from around the world.


This comes in the Synergy’s pursuit to enhance the Egyptian media’s profile through supporting it by agreements that guarantee the biggest reach to the widest interactive audience around the globe.


Also, to spread the best image for the professional media’s values, presented by Egyptian Media Group, the biggest media and advertising entity in Egypt and the Arab World.


Morsi previously announced that this step is crucial for the Egyptian media in the first place. He added that Egyptian media has achieved a leading domestic rank and the expansion has become a need to develop media tools on the Arab World’s level.


Morsi also said that this step is now fulfilled since after a cooperation with an international company like MCN, it has achieved a widespread, significant rank all around the world, including in Africa, The Middle East, The Americas, Asia and Europe.


MCN is an international American communication network. It has offices in more than 120 countries around the globe.


This is asides from other services offered by other Egyptian Media companies in production, advertisement, public relations, sports marketing and the digital media fields.

Morsi initially is one of the most prominent and successful TV drama producers. He founded Synergy Productions, which produced widely-watched TV series.


He led every year Ramadan race with the series he produces which are considered the most successful ever year. Morsy has signed contracts for 12 series for next Ramadan, securing the A-List actors. 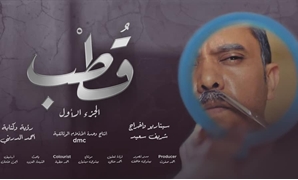