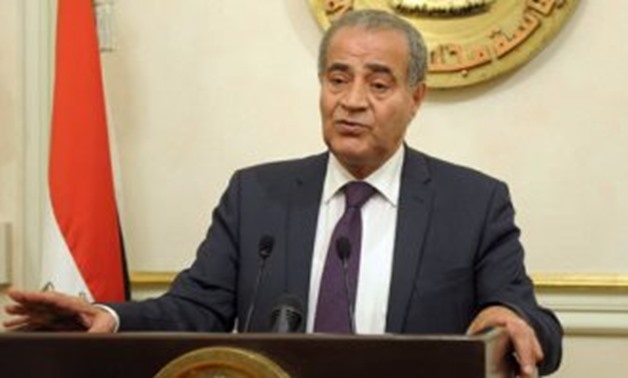 Moselhi pointed out that consumer complexes have large quantities of food commodities that will be offered at suitable prices to citizens in conjunction with the advent of the holy month of Ramadan.

This came during a press conference organized by the General Federation of Chambers of Commerce and the Ministry of Supply and Internal Trade to announce the "Ahlan Ramadan Supermarket" set to be held at the Cairo International Conference Center in conjunction with the "Ahlan Ramadan" exhibitions from April 1 until Ramadan.

“There is cooperation between the Ministry of Supply and commercial chain owners to reduce the prices of food commodities,” Moselhi added.

He expected that there will be more than one outlet in areas with high population density, where 118 outlets have been established from Halaib to Salloum and from Aswan to Al-Arish .

He noted that the initiative involves more than 200 suppliers of Ramadan goods, including dairy products, frozen meat, poultry, fish, oils and sugar.

He stressed that the role of the government and the private sector is to support the Egyptian citizens.

The Cabinet approved on March 27 the 2019/2020 draft budget in preparation for sending it to the Parliament for debating and approving it.

During the Cabinet’s weekly meeting, Prime Minister Mostafa Madbouli stated that the government will continue working on programs to improve the quality of services offered to citizens.

He noted that for the first time government investments in the budget hit LE 130 billion, marking an increase of about 30 percent compared to the last year.

The General Authority for Supply Commodities (GASC) announced on March 26 it will invite a third tender to import white short and medium grain rice with a broken percentage varying from 10 to 12 percent.

On March 25, the minister of supply and internal trade stated that imported rice will be available at the ministry’s outlets for LE 9 per kilo in April, and that currently there are 46,000 tons of rice in Egypt.