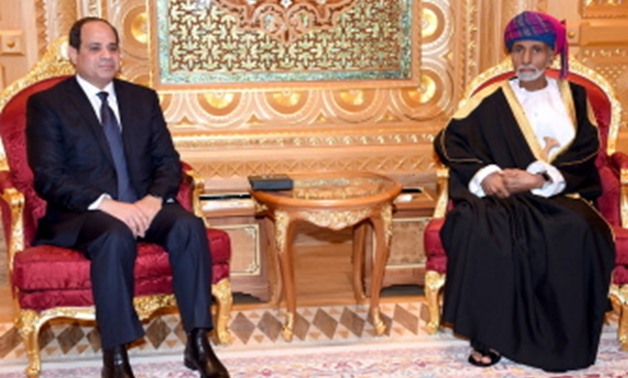 During an interview with Oman News Agency on Wednesday, Shoukry described Sultan Qaboos' role in many national and international issues as “positive and effective”.

Shoukry also pointed out to the special cooperation between the two countries in many fields, which is expected to hugely expand during the coming period.

In February 2018, Sultan Qaboos asserted his country’s support of Egypt in its battle against terrorism during his summit with President Sisi.

The sultan asserted he values Egypt’s role in enhancing the Gulf’s stability and security, confirming the depth of the Egyptian-Omani relations, according to presidential spokesperson Bassam Radi. Sultan Qaboos expressed hope that Sisi visits Oman to boost bilateral relations between the two countries, Radi added.

Sisi expressed Egypt’s appreciation of the sultanate’s stances, affirming that he is looking forward to enhancing the bilateral relations.