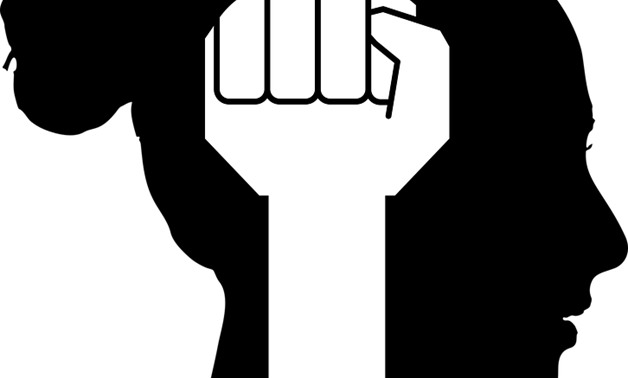 CAIRO – 15 March 2019: Egypt’s women have always been its trumping card. For so many years Women have played a key role in all sectors on all levels; you even won’t find an Egyptian revolution without a clear footprint for women in it, starting with 1919 revolution against the British occupation back then, which was led by political activist Safiya Zaghloul, until June 2013.

Apart of their political contribution, Egyptian women have always been able to adapt different and tough social situations. As for years, women have done a lot in silence. Some of them got the chance to be known and recognized; meanwhile others remained in the shadow without even waiting to be discovered in anyway. For example, in 2015, media reports shed light on a woman called Sisa Abu Doh, who used to dress like a man in Upper Egypt for more than 40 years just to make her living. Later president Abdel Fatah al Sisi met her saying “You have honored all Egyptian men and women”.

President Abdel Fatah al-Sisi honored huge number of women, who were described as ‘social fighters’. 2017 was decided to be named, ‘the women’s year’ as recognition for what they did for their country.

On March 13, head of Egypt's National Council for Women (NCW) and political scientist Maya Morsi delivered a speech during the opening of the 63rd session of the Commission on the Status of Women, which took place at the United Nations Headquarters.

The annual two-week session of the Commission brought together representatives of the United Nations, the UN Member States, as well as organizations and advocates from around the world to discuss the status of women.

President of Egypt's National Council for Women (NCW) and political scientist Maya Morsi delivered a speech during the opening of the 63 rd session of the Commission on the Status of Women, which took place at the United Nations Headquarters.


In her presentation, Morsi talked in detail about Egypt’s strategy towards women empowerment, which included six main axes: “Women’s empowerment and the link to sustainable development, financing gender equality and the empowerment of women and girls, women’s leadership and their full and equal participation in decision-making, strengthening gender-responsive data collection, follow-up and review processes, enhancing national institutional arrangements and good practices.”

Legal wise, Egypt’s 2014 constitution enhanced the legal framework for women as for the first time, 20 articles dedicated to addressing women's issues regarding : “ensure equal opportunities for women, transfer the nationality to their children, allocate a quarter of the seats of local councils for women, social, economic and political rights, social security services , prevent discrimination , protection against all forms of violence, women's empowerment, commitment to care at various stages of the lives and commitment to the international conventions on human rights, which all includes the rights for women.”

In March 2017, Sisi announced and endorsed the national strategy for the Empowerment of Egyptian Women to be the national policy and guiding document for the government.

Among the efforts done for women empowerment was: dedicating amounts from the national budget for Childcare Services, and for supporting female breadwinners and poor families.

Egypt’s government has recently taken concrete strategic steps to enhance the financial inclusion for women such as: “presidential decree has been issued in Feb 2017 to establish a National Council for Payments, with the President of the Republic being the head of the Council. Also, celebrating the First ever year (2017) of women in Egypt and activating the Economic empowerment pillar in the National Women strategy 2030,The National council for Women signed a Memorandum of understanding with the Central bank of Egypt (CBE); which places Egypt as the first Country to have its CBE sign an agreement with a National Women machinery worldwide.”

Egypt is the first Arab country and the second globally to develop a certification program for government and private sector based on the success of the gender equality seal.

The Seal provides Egyptian companies guidance on how to address challenges for women, such as access to work, wage inequities, sexual harassment, work-life balance and access to leadership positions. Nearly Private sector companies have undergone a thorough process of assessment.

In 2019, the first agency to be granted the seal was announced to be Egypt’s medium, small and micro enterprises development agency (MSMEDA). The Egyptian private sector companies have started implementing Women Empowerment principles.

Morsi said in a statement issued March 6 that this accomplishment is an international recognition of the Egyptian entities’ efforts with regards to gender equality. According to the statement, “an assessment team consisting of gender experts from the UNDP and the National Council for women has worked on assessing MSMEDA based on 6 major criteria”.

“This assessment tool helps assessing the gender mainstreaming criteria in a number of public and private sectors within Egypt in the current period to help benefit from the resources and opportunities available to women’s economic and social empowerment,” Morsy explained.