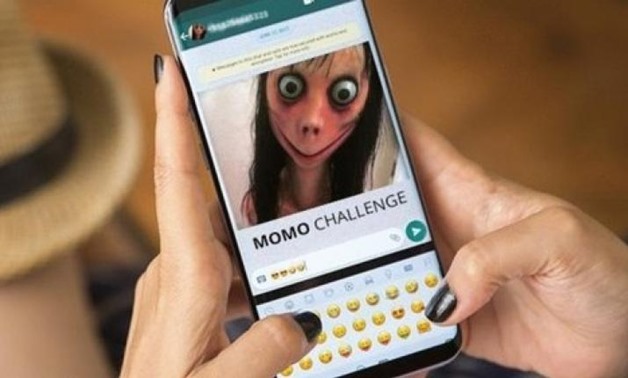 CAIRO – 2 March 2019: Dar al-Ifta, Egypt’s Islamic body authorized to issue religious edicts, warned on its official Facebook page against participating in the Momo Challenge character, and called on concerned bodies in the government to criminalize this game, and block it by all possible means.

According to various reports, the Momo challenge character pops up in Youtube videos and Whatsapp, and is considered a form of cyber bullying. The suicide game, as many consider, involves a terrifying doll with a female creepy face and the body of a chicken, inviting children to participate in a challenge, where the contact Momo the doll via a phone number, and they are then required to follow her instructions and complete various tasks, or else they will be cursed. The orders the doll gives the children are violent and self-harm, like threatening others or hurting themselves.

“Parents should follow their children and be careful about the games they play, also this game encourages children harm themselves and may lead to suicide," the religious authority reported.

So far, many schools in the UK have sent warnings to parents about "Momo's Challenge", as well as several posts that have spread widely through social media of keep away from the game.

Recently there have been many games that led to suicide such as the Blue Whale Challenge, which requires players to go through 50 dangerous and soul-destroying tasks. The tasks begin with self-harm, leading up to the final challenge, which is suicide by hanging or jumping off a high building.

In April 2018, a 12-year-old Egyptian child committed suicide by taking poisonous pills; implementing the orders throughout the stages of the 50-task game. The case was linked to the Blue Whale game after initial investigations showed that the Blue Whale-shaped sign was carved onto his arm.

CAIRO - 19 April 2018: Despite the awareness campaigns that have been raised recently in media outlets against the deadly online game "Blue Whale", Beheira Governorate has seen another case of an Egyptian teenager committing suicide after playing the game, putting in question the effectiveness of these campaigns.