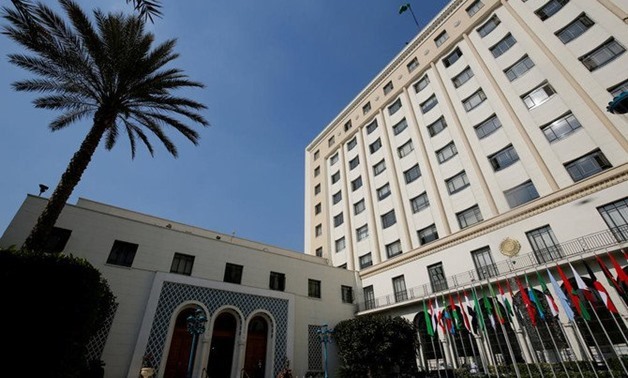 The Arab League Headquarters, where the 4th EU-League of Arab States Ministerial meeting between Arab and European foreign ministers, will be held. (REUTERS/Amr Abdallah Dalsh/File Photo)

CAIRO - 23 February 2019: European and Arab leaders, senior officials and several ambassadors of 28 European countries and 21 Arab states arrived in Egypt Sunday to participate in the Arab-European summit, scheduled to take place in the city of Sharm El-Sheikh.

Also, Tunisian President Beji Caid Essebs arrive in Egypt to take part in the meetings of the first Arab-European summit. Essebs will deliver a speech at the first general session of the summit on his country's vision on means of promoting Arab-European cooperation and dialogue, said a statement released by the Tunisian presidency on Saturday.

More than 750 Arab and foreign correspondents will participate along with local journalists in the Arab-European Summit.

The summit will tackle a host of political and economic topics including the Palestinian cause and other issues including illegal immigration and human trafficking will be also mulled.

In February 2019, Egypt’s Sharm el Sheikh International Airport is on high alert in preparation for receiving the high guests and heads of Arab and European countries, who are participating in the upcoming Arab-European summit due on February 24 and 25, said the Egyptian Ministry of Civil Aviation in statement on Thursday.