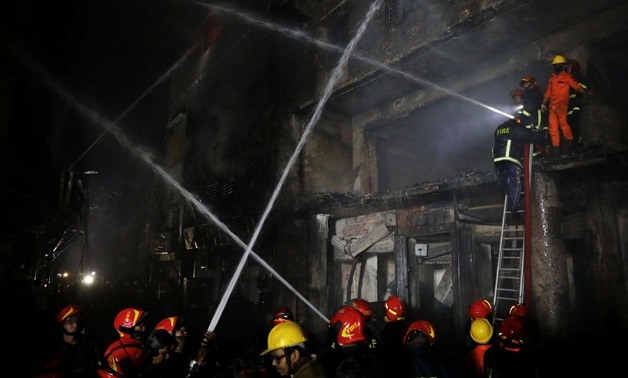 Firefighters work at the scene of a fire that broke out at a chemical warehouse in Dhaka, Bangladesh February 21, 2019. REUTERS/Mohammad Ponir Hossain

CAIRO - 22 February 2019: Egypt has offered its deep condolences over the victims of a fire that broke out in a chemical warehouse in Bangladesh, leaving about 70 people dead and scores others injured, the Foreign Ministry said in a statement on Friday.

The Egyptian Foreign Ministry extended condolences to the families of the victims, wishing the injured a speedy recovery.

The ministry asserted that the Egyptian government and people stand by their Bangladeshi counterparts.

On Thursday, a fast-moving fire killed at least 78 when it swept through a historic district of Bangladesh's capital Dhaka.

The blaze broke out in a residential building that had flammable chemicals stored on one floor.