'Yellow Vest' protests show signs of splintering ahead of ‘Act 13’ 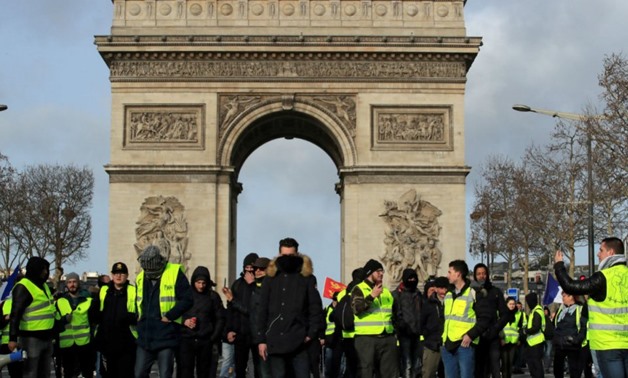 Yellow Vests protesters will demonstrate for a 13th consecutive weekend on Saturday, with multiple rallies planned throughout France. But the latest protests are increasingly plagued by internal quarrels over how to secure more political gains.

The Yellow Vest movement is becoming increasingly divided and fractured.

On one side are protestors who want social protests to succeed even if it means putting aside their mistrust of trade unions to demonstrate hand in hand with them. On the other are those who want to avoid political recovery at all costs. And this comes at a time when Italy is increasing its encouragement to the movement in the run-up to the European elections.

Luigi Di Maio, leader of Italy’s 5-star party and deputy prime minister, caused a major rift between Italy and France on Tuesday when he met Christophe Chalençon and other members of the Yellow Vests to show his support for the movement.

The number of protesters has fallen over the last two Saturdays. An estimated 58,600 people demonstrated throughout France on February 2 according to the interior ministry, although the Yellow Vests claim some 116,000 demonstrators took to the streets.

A demonstration is scheduled to start on Saturday morning at Place de l’Étoile while three additional rallies have also been announced by Éric Drouet, a truck driver and spokesman of the Gilets Jaunes movement.

"There is a lot of tension, a lot of ill intentions, a lot of impatience," Drouet said in a live video on Wednesday. He explained that he was working on a "completely legal” strategy to force President Emmanuel Macron to resign.