“The council is paying great attention to the anti-FGM file [...] and a new initiative will be launched to fight this phenomenon,” she said in the conference held following a meeting for the National Population Council after a 4-year hiatus.

The presence of programs raised the citizens' awareness of the phenomenon through civil society organizations, she added, noting that the council cooperated with the Public Prosecution and the Ministry of Interior to enforce the law and punish violators.

FGM is considered an attack on religion; it damages the most sensitive organ in the female body. In Islam, protecting the body from any harm is a must and mutilation violates this rule; therefore, if the parents of females who undergo FGM consent to the abhorrent surgery, they should be punished.

According to a study conducted by the World Health Organization (WHO), the Demographic and Health Survey in Egypt in 2000 showed that 97 percent of married women included in the survey had experienced female genital mutilation.

Over 94 percent of married women were exposed to genital mutilation, and 69 percent of those women agreed to the procedure being carried out on their daughters.

Additionally, a pilot study by the Health Insurance Organization showed that 41 percent of female students in primary, preparatory and secondary schools had undergone FGM. 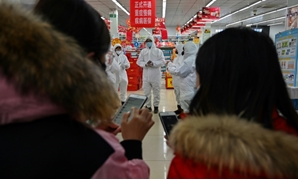 Egypt denies cases of coronavirus infection among its citizens in China