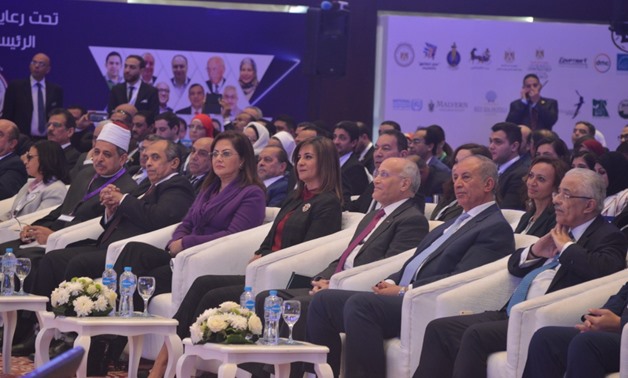 CAIRO - 17 December 2018: The fourth edition of “Egypt Can” conference having the education theme will kick off on Monday in Hurghada. The event hosts Egyptian expats who have remarkable expertise in the education and scientific research sectors.

The education theme was selected in light of an announcement by President Abdel Fatah al-Sisi to label 2019 an education year. The conference will have six workshops having 28 expat speakers.

CAIRO - 20 November 2018: The fourth edition of the "Egypt Can" meetings will be held in December in the Red Sea Governorate, with the participation of 25 experts in the fields of general, technical and university education.


Red Sea Governor Ahmed Abdalla said that he looks forward to a new education system that gives value to understanding to replace the current one which depends on memorization. The governor revealed that he succeeded to offer hot meals to students in schools for free.

The Egyptian Food Bank secured the food, and a number of women learnt cooking by chefs working in the governorate’s hotels and resorts. The meals for each school are prepared by mothers of some of the students in the same school.

A video report was aired at the conference to present the research projects and innovations put forward by expats in previous editions, and that were put into effect in different fields.

Minister Makram announced that the next edition will be titled “Egypt Can by Effort” calling for expats who proved themselves abroad to present their stories. The event next year will be held in collaboration with the Ministry of Social Solidarity.