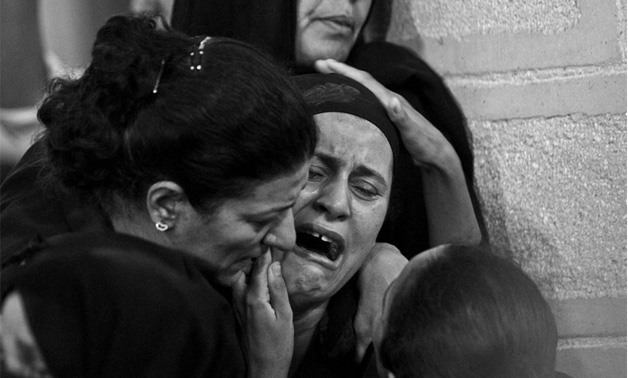 CAIRO – 3 November 2018: Compensations estimated at LE 100,000 will be given to the families of the victims killed in the terror attack on a bus carrying Copts near the Monastery of Saint Samuel in Upper Egypt's Minya.

Minister of Solidarity Ghada Wali decided upon the prime minister’s instructions that LE 50,000 will be given to those suffering from serious injuries and LE 2,000 for those who were slightly injured.

Wali sent representatives to attend the funeral and extend their condolences to the victims’ families.

President Abdel Fatah al-Sisi telephoned Pope Twadros II of Alexandria, where the president expressed his sincere condolences on the death of at least seven Copts in a terror attack on Nov. 2, the Orthodox Church announced in a statement.

At least seven people were killed and seven others were injured, according to an anonymous security source.

President Sisi mourned the victims of the attack, describing the perpetrators as "treacherous hands that seek to undermine the cohesive fabric of the homeland."

Prime Minister Mostafa Madbouly followed up on the consequences of the incident, calling for arresting the perpetrators and bringing them to justice as soon as possible.

He also contacted the ministers of interior, health and social solidarity to direct the provision of full care and moral support to the families of the victims.