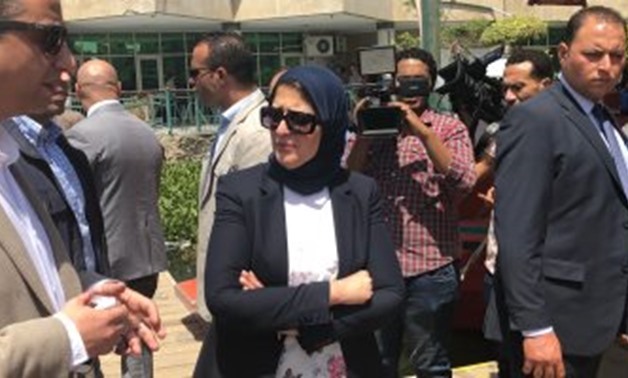 By: Noha El Tawil
CAIRO - 21 October 2018: The Ministry of Health and Population informed private healthcare providers to indicate the fees on a banner and issue invoices for their patients along with medical reports bearing the institutions stamp.

The ministry granted the private medical institutions a 15 day deadline.

That comes in light of a decree issued by Minister Hala Zayed on Oct 15 to regulate the work system in the private healthcare sector. Health directorates in all 27 governorates will ensure that private medical institutions are abiding by the decree.

The sources of funding include subscription fees paid by citizens (main source), donations, taxes on cigarettes, and fees paid when issuing different licenses whether by citizens or businesses. The subscription fees will be as follows: subscribers will pay 5 percent of their income per month, with a maximum of 7 percent when including family members.

Pensioners will pay only 2 percent of their monthly pension, and fees for included family members will be subject to the previous terms. Children seize to be subscribed as family members when they get employed, and in case of marriage for females.

Employers will pay 4 percent of the value of each employee's monthly salary with a minimum of LE 50. That fee covers treatment of work accidents. The state will pay 5 percent of the minimum income on behalf of the unprivileged. The numeric value of subscription fees will increase by 7 percent annually.

These numbers do not apply to medical services pertinent to chronic diseases and cancer. In other countries, the treatment of such diseases is totally covered by the insurance. That is not indicated in the bill but it will be in the executive regulations. A doctor's visit will cost the insurer LE 100. Insurers are reimbursed for charges paid in emergency services.

The current health insurance system covers 58 million citizens, including children, registered in the General Authority for the Health Insurance. However, actual beneficiaries who seek the service amount to 12.5 million only.

Beneficiaries can go to the 38 hospitals directly affiliated to the authority as well as 676 public, private, university, police and military hospitals contracting with the authority. The authority's annual budget is LE 6 billion ($337 million) and owns 61 ambulances serving citizens in all 27 governorates.

Free public health care will be repealed gradually in each stage the new system is introduced so that its budget, representing 3 percent, of the state's budget per the constitution will be directed to health insurance. 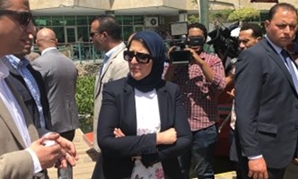 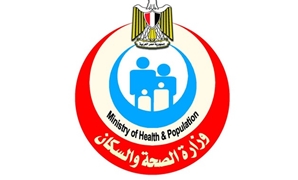