Metro is not a suicidal destination: Official

By: Egypt Today staff
CAIRO – 4 September 2018: “Metro is not a suicidal destination; this phenomenon incurs losses after each case of suicide,” spokesperson for Egypt’s Metro Company, Ahmed Abdu Hady, said in a statement on Tuesday.

"The stations are not a place for psychologically disturbed people as they destabilize the lives of millions of citizens,” he added.

According to the statement, Hady stressed that the Metro Company is working on preparing the stations' staff to deal with suicide cases that can occur at any time.

On Sunday, an employee attempted to commit suicide by throwing himself under the wheels of the metro in Gamal Abdel Nasser station which delayed movement for 15 minutes and resulted in the amputation of the employee's foot. He was then transported to the Red Cross hospital.

July witnessed several suicide incidents; a 17-year-old threw himself in front of a train in Old Marg station, leading to his immediate death; also in the same month a 20-year-old committed suicide at Mary Gerges station.

Egypt's Central Agency for Public Mobilization and Statistics said more than half a million citizens tried to commit suicide in 2015.


Suicide is a big problem in many cities around the world. The UK’s government used horrible ads asking depressed people to commit suicide at home. 1.2% of Egyptian Railway Authority's workers suspended over drug use 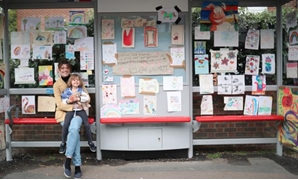