TOPSHOT - Firefighters work as a massive fire engulfs the National Museum in Rio de Janeiro, one of Brazil's oldest, on September 2, 2018. The cause of the fire was not yet known, according to local media. / AFP / Carl DE SOUZA

By: MENA
CAIRO - 3 September 2018: The secretary general of the Egyptian national committee of the International Council of Museums regretted the great historical loss of Brazil's 200-year-old museum in Rio de Janeiro which was hit by a massive fire late Sunday.

In statements to MENA on Monday, Abdel Razeq el Naggar called for launching a project to create a database of all Egyptian artifacts which legally exist in museums abroad.

He said the UK has adopted a similar project to protect its monuments.

The burnt museum in Rio de Janeiro reportedly houses artifacts from Egypt, Greco-Roman art and some of the first fossils found in Brazil.

The museum, which once served as the residence for the Portuguese royal family, celebrated its 200-year anniversary earlier this year. It contains more than 20 million items in its collection.

According to the museum's website, it has more than 20,000 items related to the history of Brazil and other countries, and that many of its collections came from members of Brazil's royal family. 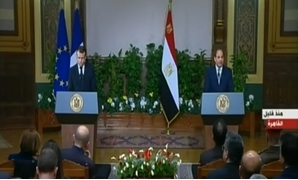