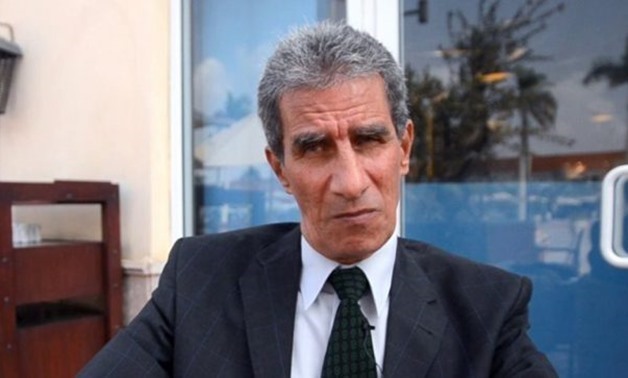 CAIRO – 24 August 2018: Egypt’s State Security Prosecution ordered Friday the detention of opposition figure Maasoum Marzouk and six others for 15 days pending investigations over accusations of “complicity with a terrorist group aiming to undermine the state’s institutions.” The accused were arrested on Thursday.

In response to the State Security Prosecution’s move to take action against Marzouk, the Muslim Brotherhood has come out in defence of the defendant, a move that some argue proves that he is working with them. They took to their media channels, social media and all platforms that they control to defend and protect their man.

Early August, opposition figure Marzouk called for conducting a public referendum on the current regime’s stay in power. According to Marzouk, if 50 percent of the electorate vote against the regime, then President Abdel Fatah al-Sisi’s term, as well as that of Parliament, will end.

At the time, a number of Members of Parliament came out against the referendum proposal, arguing that such proposal undermines Egypt’s newly founded democratic system, whereby citizens are allowed to vote once every four year for the person they see most fit to run the country. If a referendum is allowed to happen, they argued, as many political analysts and researchers have argued around the world and most recently in the UK due to the Brexit vote (and the demand for a revote), then we will be undermining our system and instilling insecurity.

In fact, not only is Marzouk’s call for a referendum a way to undermine the state’s democratic system, it is also unconstitutional and illegal: Egyptian law states that for a referendum to take place, two thirds of Parliamentarians need to have approved it. This law is in place to prevent chaos, civil wars and so much more.

Just imagine if anyone had the ability to start a referendum, how would the system work? What Marzouk needed to understand is that there is a vivid and important difference between advocating for an opponent of Sisi during the election, hackling or holding the President accountable, as all important leaders are in the world, and between trying to conduct a referendum with the aim of collapsing the current system that Sisi democratically sits on the top of, leaving a power chaos for the Muslim Brotherhood or other groups to enter into, possible harming the country beyond repair.

We were lucky last time and managed to end the reign of the Muslim Brotherhood before they damaged the country beyond repair. By trying to destabilise the country or collapse Sisi’s Administration, Marzouk puts us back in the lion’s den, fearing for our social, economic and political future. Without Sisi, our national security is at stake. And by calling for a referendum, our national security is at stake.

In an interview with Egypt Today earlier this month, MP Margaret Azer said that the Egyptian people will not accept calls that aim to harm the country’s security. Meanwhile, MP Yasser Omar argued that such calls are backed by parties hostile to the country who do not have the interest of the country in mind.

Furthermore, MP Hamdy Bekheit asserted that Marzouk’s call is unconstitutional and illogic, saying that conducting referendums requires the prior approval of two thirds of the Parliament members. He added that Marzouk wants to incite “chaos” in the time Egypt needs stability. Bekheit explained that the freedom of opinion and expression does not include attempts to disturb national security.

Spokesman of the National Progressive Unionist party, Nabil Zaki, announced rejecting Marzouk’s calls, saying that his party differentiates between criticizing the ruler and calls to demolish the regime. Zaki warned that many parties are willing to interfere in the country’s domestic affairs.

A number of lawyers announced suing Marzouk, accusing him of deliberately agitating public opinion, attempting to overthrow the regime, and insulting the judicial authority.

In October, Al Qazzaz was fined LE 10,000 over charges of “insulting Sisi”, after he slammed Sisi on social media and accused him of “treason.”

Marzouk is an Egyptian diplomat, politician and author. He worked as an ambassador to Finland, Uganda and Estonia. Marzouk served as an assistant foreign minister for African issues. He was appointed as a CEO for the Egyptian Diplomatic Club in 2007. He was an official spokesman to the election campaign of the Egyptian Popular Current Chairman Hamdeen Sabahi, who was Sisi’s sole contender in the 2014 election.

What is going on?

The Muslim Brotherhood (MB) continues its attempts at destabilising Egypt, which has begun since the June 2013 revolution, via the assistance of Western intelligence and Turkey and Qatar on the financial, intelligence and technical fronts. Their goal is clear: To cause chaos in Egypt and bring down its democratic system, a system that had once brought them to power, however, their reign was neither fruitful nor remarkable. It was less than mediocre; disastrous. To avenge themselves, they are trying to spread poverty and destruction by spreading false information or “alternative facts,” as Kellyanne Conway, Counsellor to Donald Trump would call them. In short, the spread lies with the aim of scaring and terrorising people and bringing down morale, with the ultimate goal of ensuring that Egypt does not progress.

Doha’s regime and the Muslim Brotherhood have repeatedly attempted to destabilize Egyptian society and instill doubt and suspicion into the minds and hearts of Egypt’s communities through spreading rumors and false accusations or stories regarding the Egyptian government and people.

Supporting this view is the former general manager of Al-Arabiya television channel and former editor-in-chief of Asharq Al-Awsat newspaper, Saudi writer and journalist Abdulrahman al-Rashed, who wrote in an article, titled “The Story of an Intelligence Officer’s Recordings,” in Asharq Al-Awsat newspaper Tuesday that the outlawed Muslim Brotherhood group has been cooperating with Doha for more than two years with the goal of destabilizing the Egyptian state to further their socio-political interests.

Rashed stressed the idea that the Muslim Brotherhood and Qatar have repeatedly sought to affect civilians’ faith in the Egyptian regime through the utilization of the Palestinian cause, a sensitive topic to most Egyptians. However, he wrote, “they do not really care.”

After years of attempting to bring down Sisi’s Administration, with millions going down the drain (millions that belong to Turkey and Qatar), the Muslim Brotherhood had to come up with a new innovative way to achieve their goals. After much thought, the decision was made: They decided to use public figures to influence people’s minds and instill chaos. The aim of this is to show that those who hold the believes of the MB are not all the same; they come from the left, right and centre of society. They come from all classes and all ideologies. As if to advertise that this is the norm. Innovative but short-sighted.

Like Marzouk, other have gotten caught up with the MB: April 6 Movement, Leftist advocates, some civil groups and Nasserites. They have all been ‘brainwashed’ into repeating the MB’s speeches, thoughts, solutions and so on. By doing this, the Muslim Brotherhood has enlarged its base from just views of al-Jazeera and other related channels to public spaces, where they can really do harm.

Al-Jazeera is a Qatari channel that has continued to air negative, and mostly untrue, reports on Egypt. The channel, which many Egyptian TV hosts and journalists believe is biased towards Egypt, has been said to support the Muslim Brotherhood, the group that was ousted from office via the June 2013 Revolution.


Marzouk and others like him are calling for initiatives and activities that would harm the Egyptian-Arab relations and the Egyptian relations in countries that understand our positions and welcome cooperation with us in economic and military fields. And with wish position or political awareness is it that Marzouk comes out and says offences comments about our Arab allies, and how is it that we find the strategies and positions of the Turkish or Qatari intelligence being carried out and advocated for by Marzouk, Professor of Geology at Helwan University Yahia Al Qazzaz, Economist Raed Salama, Activist Nermeen Hussein, Activist Amr Mohamed, Professor of Archaeology Abdel Fattah Saeed El-Banna and Sameh Saudi, the head of Elgarabeea Union (Union of Rabbles).

Their aim is clear, to influence the West through social media and media outlets and to destabilise Egypt.

Moreover, On Jan 30, Sources in Al-Sharq TV channel revealed that the Muslim Brotherhood offered to help Nour to resolve the crisis the channel is involved in.

Nour was sharply blamed for suspending the live programs on the channel, without its Qatari funder's permission, the sources said, and was ordered to re-operate the channel, and compromise with the employees.

Nour held a meeting, where only 30 of the employees attended, and therefore, invited some of the Muslim Brotherhood leaders and their allies in Turkey, to increase the number of the attendees.


The Muslim Brotherhood called on Nour to hand over the channel’s administration to Ahmed Abdou, former executive manager of ‘Misr Ala'n’ (Egypt Now) TV channel, to carry out Nour’s policies, the sources revealed.