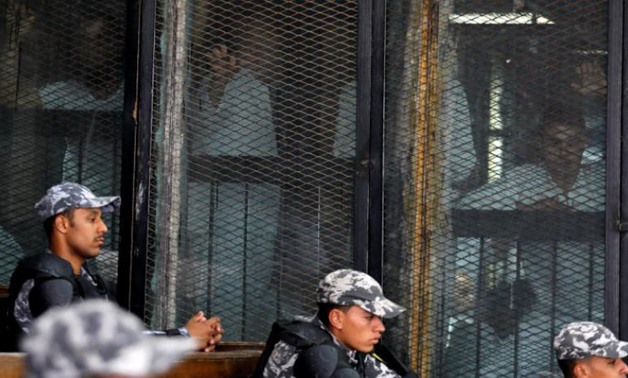 CAIRO – 13 August 2018: The Military Court delayed on Monday the prosecution of 304 defendants over the attempted assassination of Assistant Attorney Genera; Zacaria abd al-Aziz.

The defendants belong to the “Hasm” movement considered the armed group of the Muslim Brotherhood, held at the Institute of Police Secretaries in Batrah.

The list of those indicted include Mohammed Ali Bishr, a member of the Brotherhood's Guidance Bureau, and other leaders of the group.

The inquisition of the Supreme State Security related the movement of the "Hasm" commission of 17 terrorist incidents targeting army officers, police, clerics, and prosecutors.

It points out that the official of the Central Operations Chamber of the movement, Ahmed Mohamed Abdel Hafiz, left to Turkey, aided by a number of members of Brotherhood group members that include Ali Batikh, Majdi Shalash and Mohamed Ahmed Abdel Hadi.