By: Egypt Today staff
CAIRO – 28 July 2018: The sixth edition of the National Youth Conference (NYC) kicks off early Saturday at Lotfy Elsayed Hall at Cairo University where President Abdel Fatah al-Sisi is set to meet with young citizens to answer their question, as part of his initiative “Ask the President”.

Up to 3,000 young men and womenwill attend the two-day event, and choosing Cairo University campus has a significant meaning, as it shows the president’s attentionto youth’s opinions.

This is the first youth conference for President Sisi in his second term in the office, where he will answer up to 600 questions, and will honor the achievement of a number of students and other young alumnus.

Since its establishment in 1935, LotfyElsayed Hall has hosted the regular meetings of the Supreme Council of Universities in which all important decisions that shape the future of higher education in Egypt are taken.

LotfyElsayed Hall was renovated during the term of former Mohamed Hosni Mubarak to be officially inaugurated on June 8, 1994.

This hall is named afterthe first director of Cairo University, Ahmed LotfyElsayed, who was fondly known as the “Professor of the Generation”.Elsayedwas an influential person in the Egyptian nationalist movement and he was the one who used his position in the media to strive and gain an independent Egypt from British rule.

He was born on Jan.15, 1872 in Dakahlia Governorate in northeast Cairo, and graduated from the School of Law in 1894. 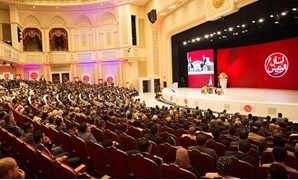 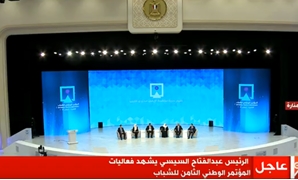 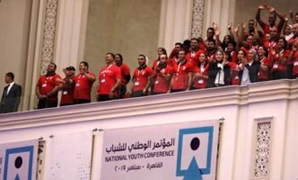